Chicago - Monday will mark the end of the first week of meteorological spring but wintry weather for next week is the headline. We will start the week off with some sticking snow and possibly end it with a bit more. Saturday could feel more like February than the middle of March.

A winter weather advisory is in effect from midnight through noon on Monday for most of northern Illinois. Models have moved more towards a consensus with most suggesting as much as 2 to 4 inches of wet snow. The bulk of that would fall from around 3 AM until 9 AM Monday. Perfect timing to mess up the Monday morning commute.

A look at the GEFS model ensemble shows two "snow bumps" for next week. The first is Monday with the median amount forecast of about 3 inches for O'Hare. The second bump comes late Thursday into Friday with an additional inch or two coming. An ensemble gives us a great glimpse as to what the models are thinking. Here is the National Weather Service explanation of how the Global Ensemble Forecast System works: 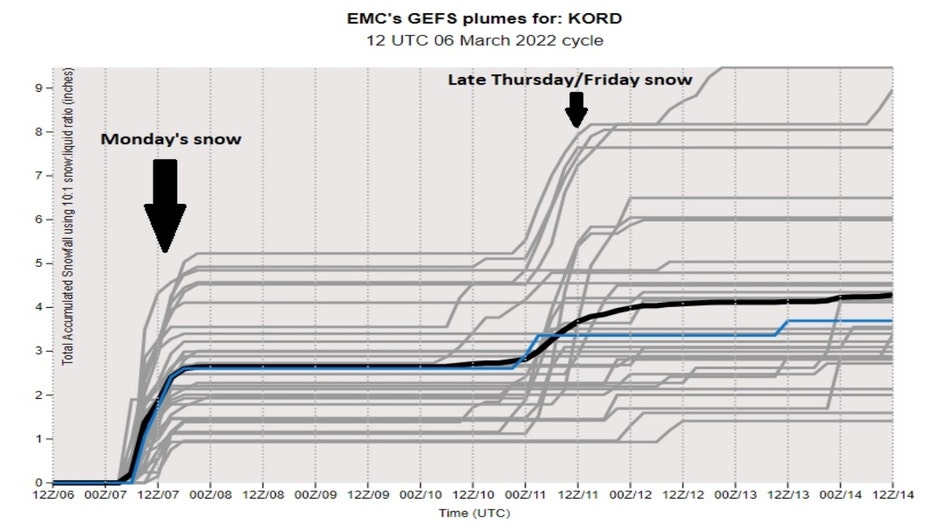 The Global Ensemble Forecast System (GEFS) is a weather forecast model made up of 21 separate forecasts, or ensemble members. The National Centers for Environmental Prediction (NCEP) started the GEFS to address the nature of uncertainty in weather observations, which are used to initialize weather forecast models.

I'll break it down into three individual models and their solutions for Monday's snowfall. First up is the HRRR or high-resolution rapid refresh model. It suggests 3 to 4 inches of new snow for most of us with little or no accumulation well south of the city. 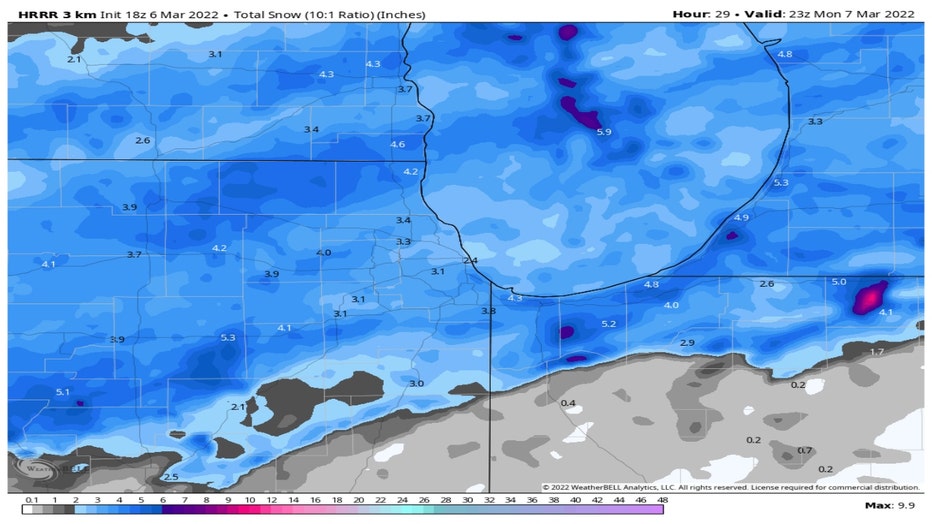 The European model is calling for around 2 to 4 inches with the higher end of that range in our northern and northwest suburbs. It suggests less snowfall south of I-80. 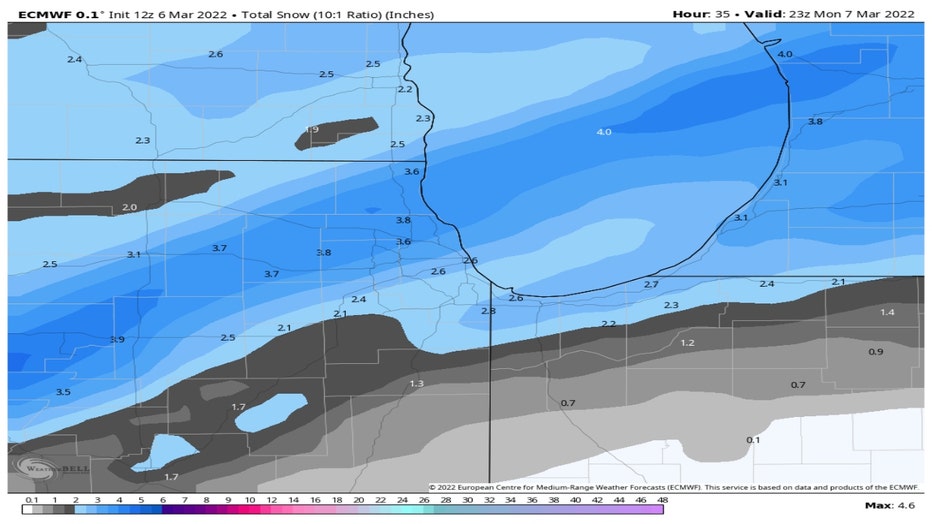 The GFS model squeezes out about 2 to 3 inches for most of our area. It has only a half inch or less falling well south of the city. 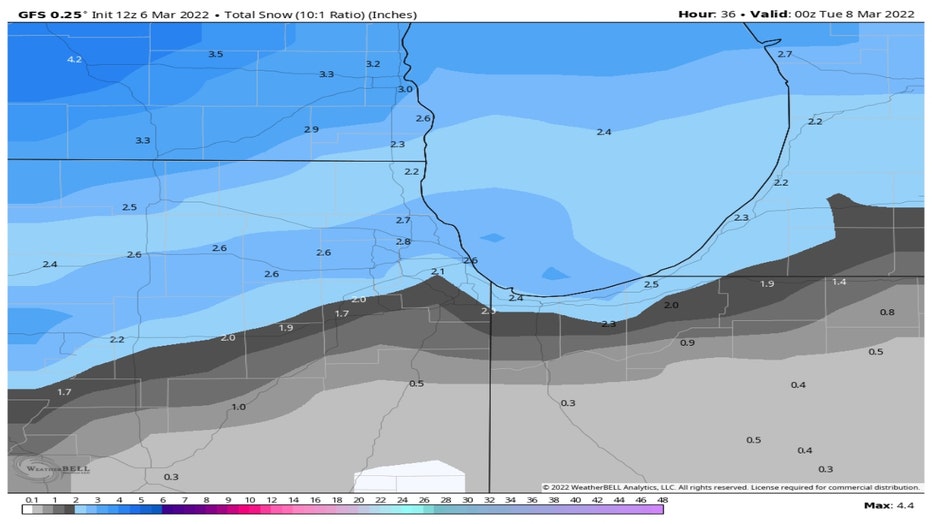 We could be book ended by two rounds of snow. Monday's snow would start off the work week and we could finish it with more snow on Friday. Following Friday's snow a surge of unseasonably cold air could crash in. The GFS model's  temperature anomaly forecast drops temperatures dramatically in the Midwest and most of the middle of the country. Temperatures by Saturday morning could be 10° to 35° colder than average. For us that means lows Saturday dipping into the middle teens with highs only climbing into the upper 20s. 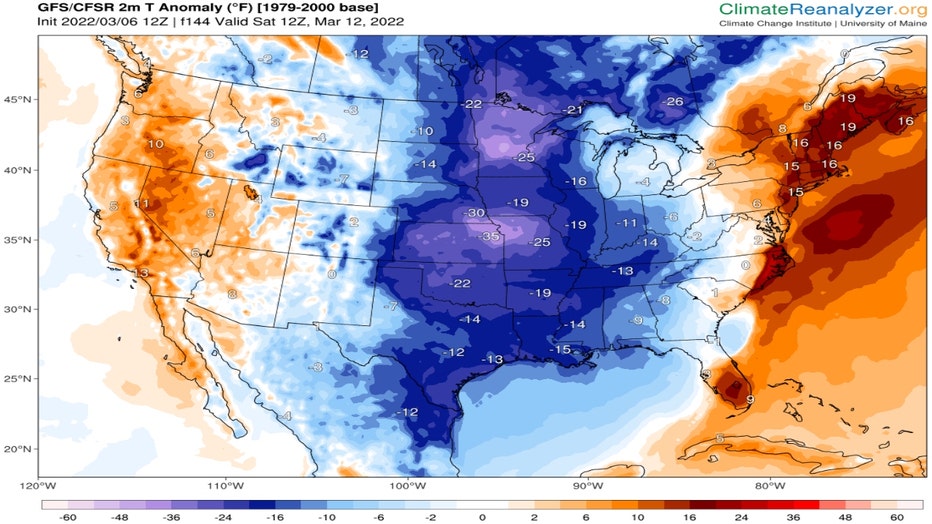 The good news is that the cold doesn't stick around long. The National Blend Of Models has our highs bouncing back quickly that following week.

We could be well into the 40s early that week with highs flirting with 50° by Wednesday. 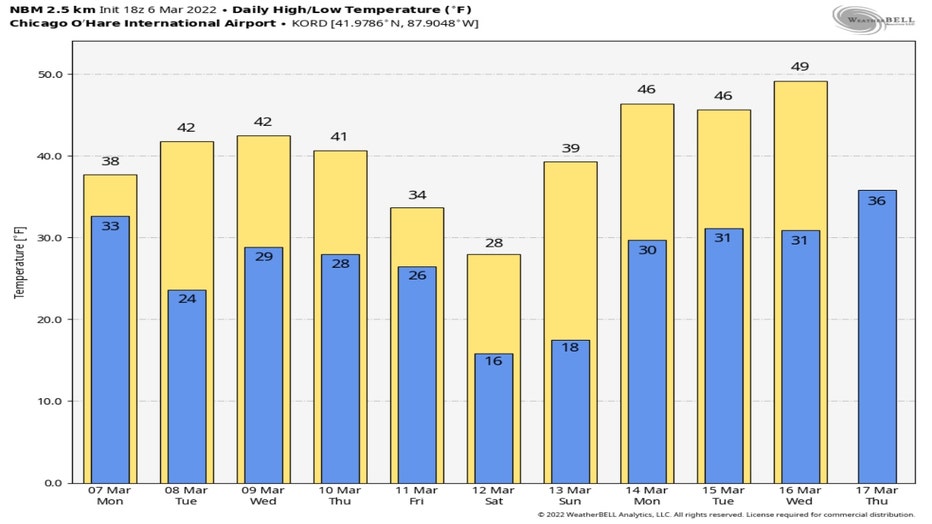