Chicago - The Chicago area got lucky on St. Patrick's Day.

The high at O'Hare Airport soared to 73 degrees, a full 25 degrees above average. It was also the warmest day in five months. The last time we were that warm was the middle of October last year.

Springs in Chicago are getting warmer. Climate Central analyzed the change in spring temperatures for 242 towns and cities in the United States and found that 97% saw an increase since 1970. Nearly half of the locations studied saw an impressive jump of 2 degrees or more.

Chicago's increase was more modest but still impressive. Our springs have warmed 1.2 degrees from 1970 to 2021. 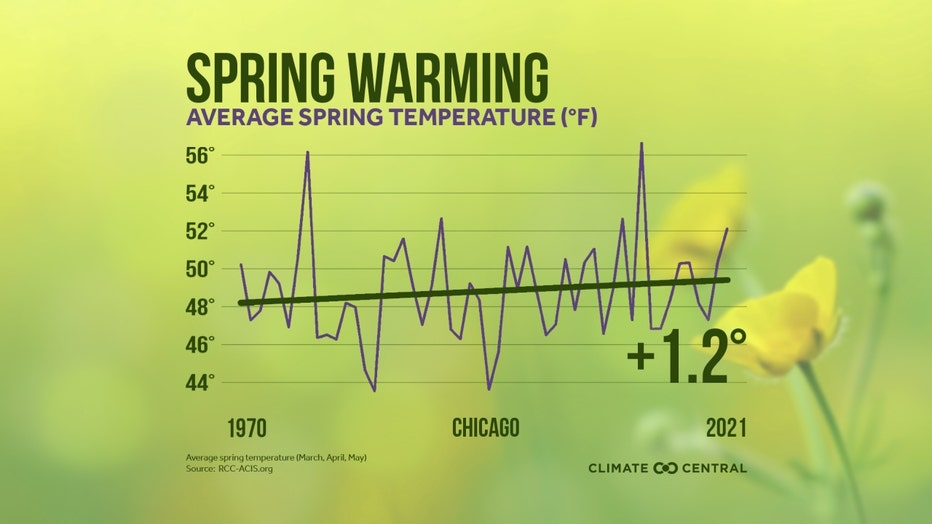 All of our seasons have warmed during this period. This means our seasons are shifting. Spring is arriving earlier and pinching off winter. Climate Central says this shift can cause: 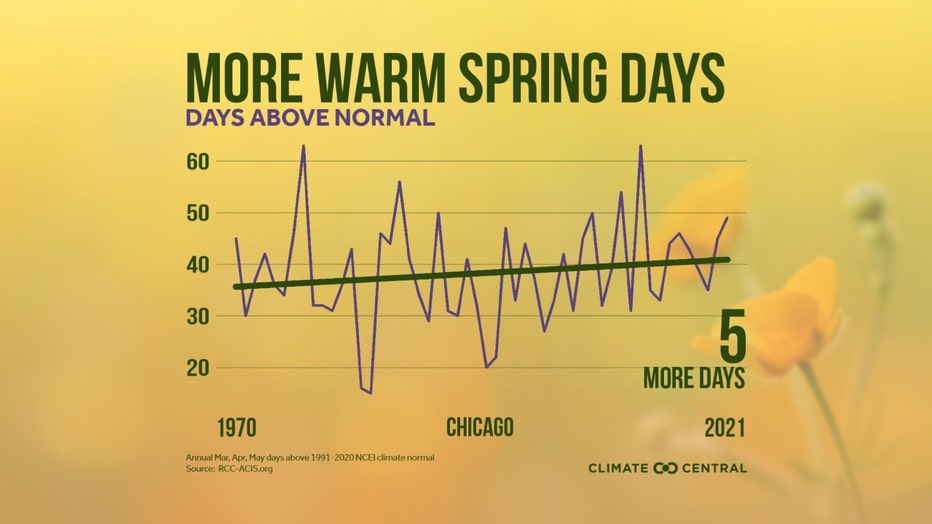 Eight of the first 17 days of meteorological spring have been above average so far. We can expect (on average) more above normal days as the season warms. Just under 70% of the locations in the study have seen an increase of at least seven more days above their 1991-2020 spring normal temperature since 1970. Chicago has seen an increase of five more days above normal from 1970 to 2021. 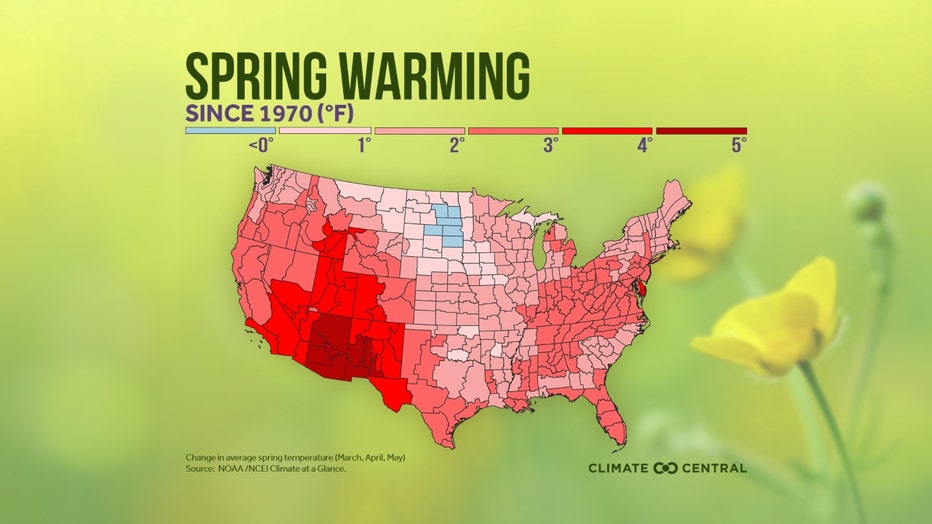 The vast majority of our country has seen their springs get warmer over the past fifty years. The only exceptions are portions of North and South Dakota. The biggest jump in temperatures have occurred in Reno, Nevada (6.8 degrees), Las Vegas (6.2 degrees), and El Paso, Texas (5.9 degrees).