CHICAGO - Winter is approaching, and this week should feel a lot more like it.

Forecasters say the temperature in Chicago won’t top 40 degrees until possibly Friday, a sharp break from last week’s more temperate days — two of which reached into the 50s.

Until the warm up, Chicago residents should dress for “blustery” weather while temperatures struggle to rise above freezing Monday, the National Weather Service said.

About 11 a.m. Monday, the wind chill was 16 degrees at O’Hare International Airport, according to weather service meteorologist Lee Carlow.

The temperature at noon was 31 degrees. 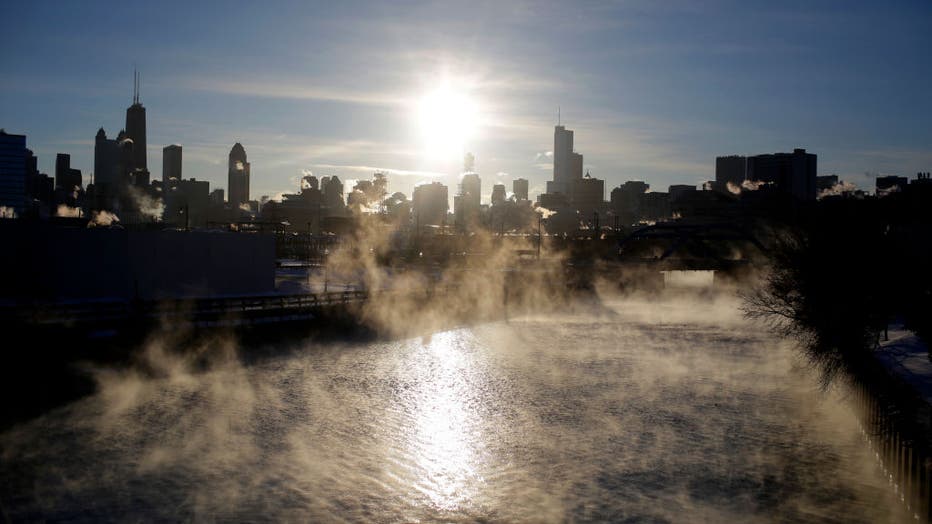 But even considering the cool down, this week’s forecast isn’t “earth shattering,” and is quite average, Carlaw said.

“It’s near normal for this time of year,” said Carlaw, who noted Monday’s normal high is 35 degrees.

Unlike the damp weekend, this week should stay relatively dry with periods of cloudy skies.

However, there’s a small chance of light snow late Tuesday into Wednesday in areas south of Interstate 57, Carlaw said.

On a positive note, Carlaw said that with “the sun coming out” more often this week, “it might feel a little better.”