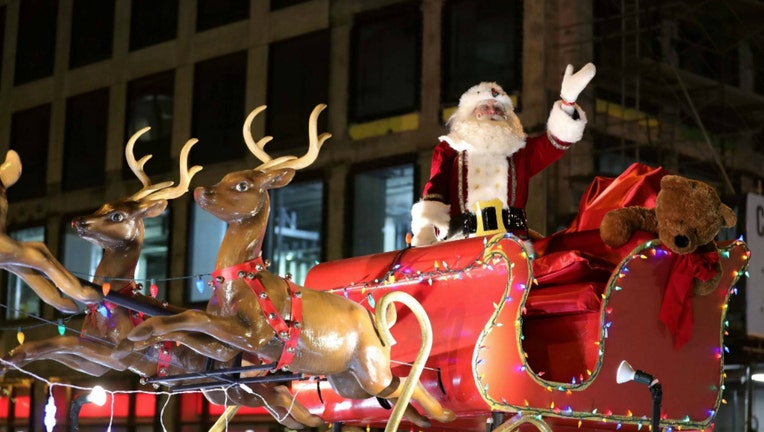 A performer dressed as Santa participates in the 2019 Magnificent Mile Lights Festival Parade at North Michigan Avenue in Chicago, the United States, Nov. 23, 2019. With dozens of floats, dancing and performance presented by local art groups and high

CHICAGO - Chicago residents can kiss their chance of having a white Christmas goodbye.

Forecasters say Chicago could have its warmest holiday in years, with a possible high of 54 degrees.

That would be the fifth warmest Christmas on record, according to the National Weather Service.

A normal high temperature for Christmas in Chicago is around 32 degrees, with a low around 18 degrees, he said.

But Chicago has had above freezing temperatures since the start of the weekend.

The expected high of 54 on Christmas would make it one of nine Christmases in the entire history of Chicago that was 50 degrees or above, Donofrio said.

The last Christmas with near record-breaking heat was in 1994, when meteorologists measured 52 degrees at Chicago’s officials weather station at O’Hare.

There won’t be any precipitation, but “on the flip side, this is about as good of travel conditions as you can get,” he said.