Chicago - Our forecast goes from 50s Wednesday to snow showers by Friday and then 60s again by early next week. So how do we know when spring has finally sprung? The National Phenology Network uses the "first leaf index" and "first bloom index" to track the arrival of spring across our country. 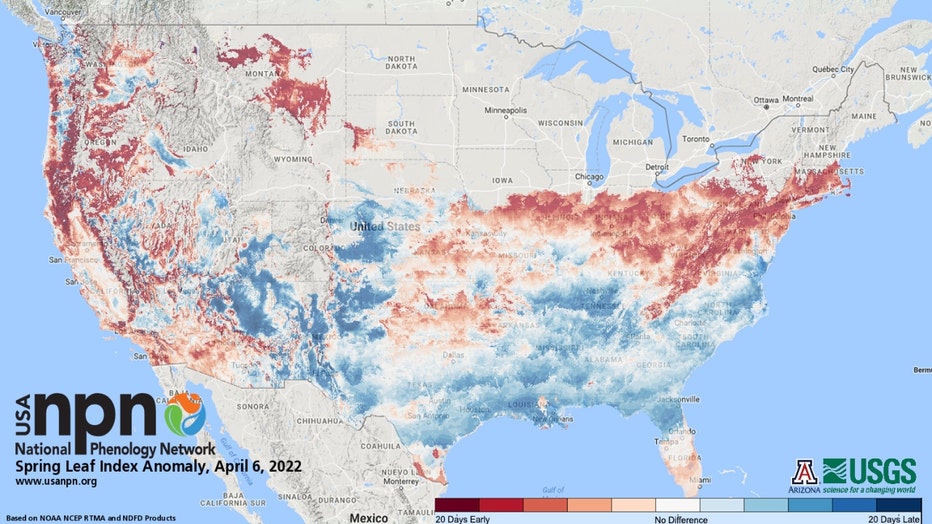 Here is the NPN's latest assessment of the country's spring leaf anomaly:

Spring leaf out continues to progress across the country. Our spring leaf anomaly compares the arrival of spring leaf out this year to a long-term average of 1991-2020. After a slow start to spring across much of the Southeast, spring is progressing more rapidly, arriving days to weeks early across the southern part of the Midwest, the Southern Appalachians, the mid-Atlantic, and the Northeast 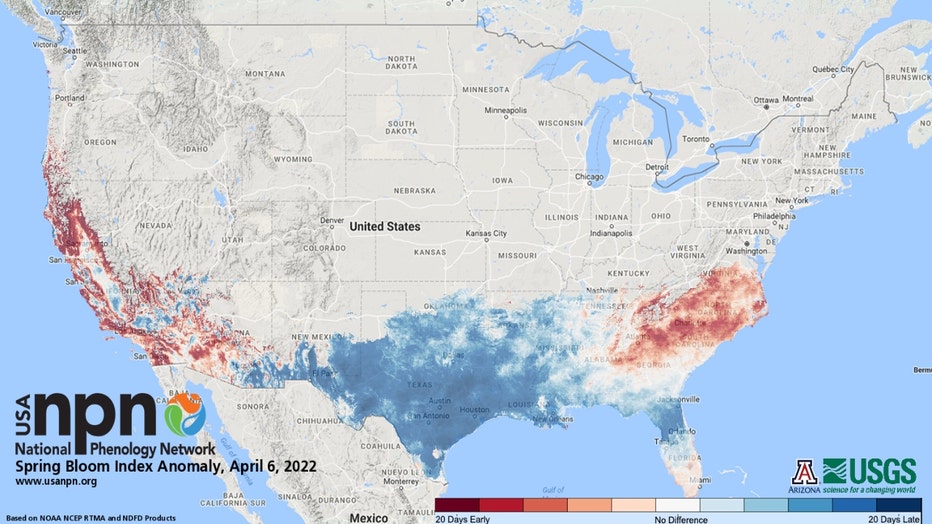 Here is their assessment of the spring bloom index:

Spring bloom has also started to arrive in southern states, days to a week late in Texas and Florida and days to several weeks early in California. Spring bloom is over a week early in parts of Georgia, the Carolinas, and Virginia.

So by their measurements Chicago's spring hasn't yet sprung.

This is just a snapshot of the current conditions across our country. The long term trend has shown an overall earlier arrival of spring because of climate change. Climate Central did a study of just over 200 locations around the U.S. where they looked at the length of the growing season. The growing season (and the pollen season) has increased in 85% percent of the towns and cities they analyzed. They also noted that a new study suggests pollen concentrations could increase by 200% based on future high rates of carbon dioxide emissions. The health burdens from this could hit "low-income and minority populations that have disproportionate rates of respiratory illness like asthma" the hardest. 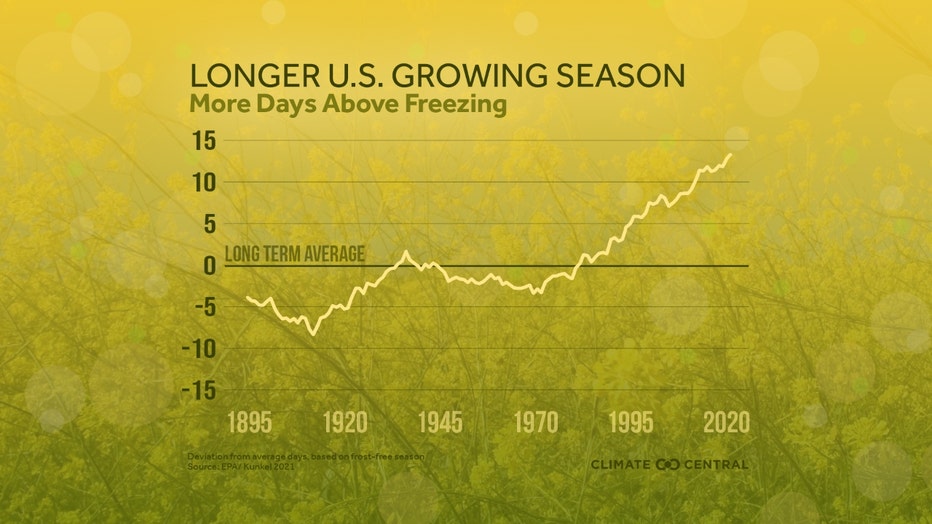 For a lot of us this may only be an inconvenience but Climate Central points out this could cause serious problems for those that suffer with asthma:

About 60% of the 25 million Americans with asthma have allergic asthma一where pollen can trigger an asthmatic attack. With longer and more intense pollen seasons, asthma and allergy reactions can become even more severe and expensive to treat.

Effective medications and therapy to manage symptoms can be a burden on lower-income families, especially since asthma is more prevalent in families living below the poverty line.

And the highest asthma diagnoses, hospitalizations, and deaths are disproportionately found in racial and ethnic minority populations due to a range of factors including access to health care and discriminatory housing policies. 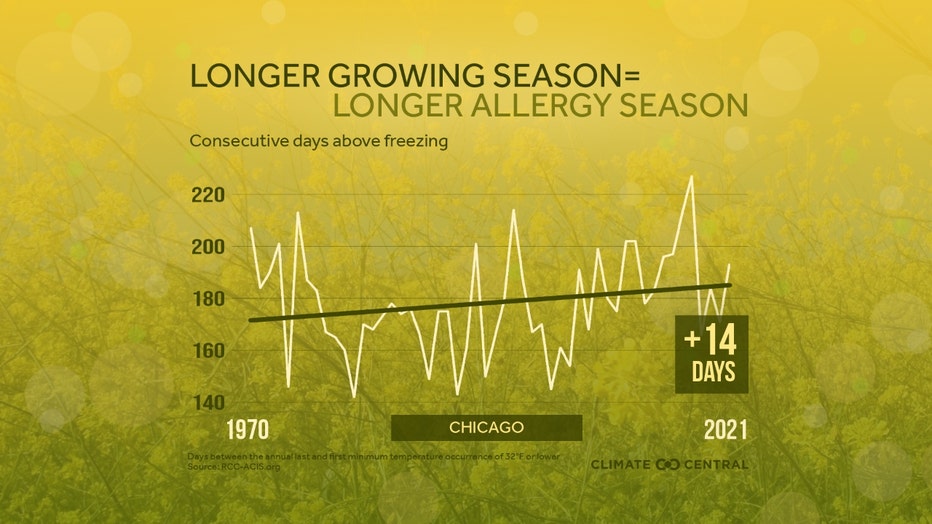 Chicago's growing season (and allergy season) has stretched out an additional two weeks since 1970. Stock up on the Kleenex now.