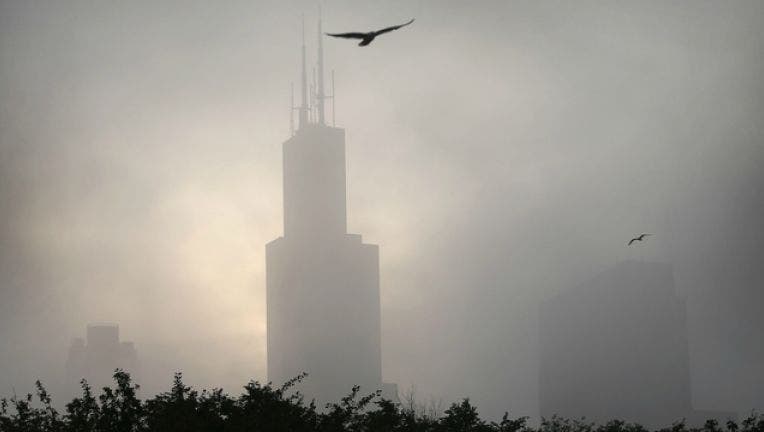 CHICAGO - After balmy weather to start the week, forecasters are warning that temperatures may plummet overnight Thursday in the suburbs.

The National Weather Service issued a “freeze watch” in effect from Thursday night through Friday morning for the suburban Chicago area, as temperatures are expected to fall to the high 20s and lower 30s.

Chicago itself will be spared the coldest weather, as the temperature isn’t expected to fall below 38 degrees in the city, the weather service said. The surrounding areas, however, spanning from northern Illinois to northwest Indiana, will likely experience their first freezing temperatures of the season.

Mid-October is a normal time for the first fall freeze in the suburban Chicago area, according to the weather service, which cited data collected between 1980 and 2010.

The city usually sees its first freezing temperatures a bit later, towards the end of October, due to its proximity to Lake Michigan, which traps heat in the water, and because of all the concrete, asphalt and blacktop structures which also absorb and maintain heat, weather service meteorologist Lee Carlaw said.

High temperatures in Chicago will continue to hover in the 50s and low 60s throughout the rest of the week, while dropping to the low 40s at night, the weather service said. The weather should stay dry until Sunday, when there will be a chance of showers in the afternoon and evening.