Chicago - Some fairly rare clouds stretched across the skies in southern Wisconsin first before rippling south into northern Illinois on Tuesday.

"Gravity wave" clouds were the result of thunderstorm activity to the north during the morning. The Department of Atmospheric and Oceanic Sciences at the University of Wisconsin-Madison tweeted about it with time-lapse satellite imagery synced to views from rooftop cameras. 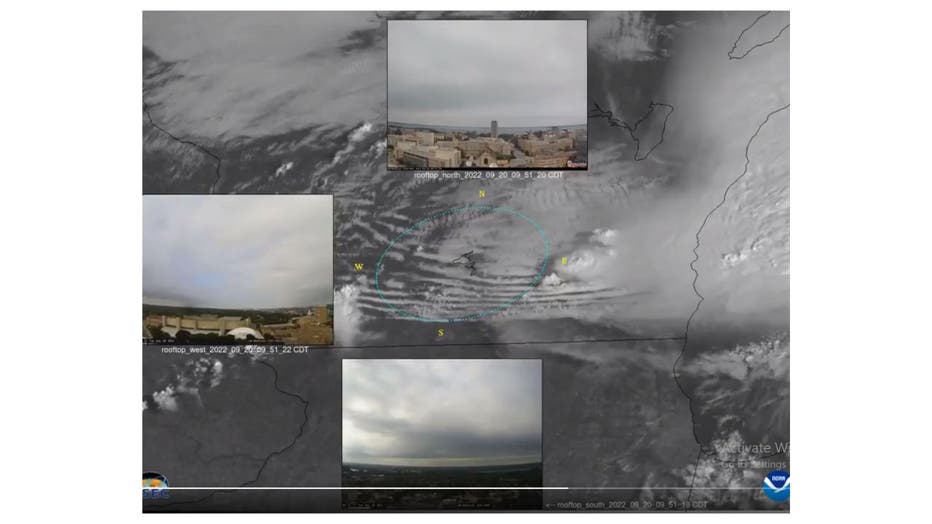 NASA's Terra satellite caught the image below of similar wave clouds on October 4th, 2020.  The series of undulation bands of clouds was caught rippling over the waters of the Pacific Ocean near Baja California.

Here is NASA's explanation of this phenomena:

"Wave clouds (sometimes called undulatus or billow clouds) like these are the product of atmospheric gravity waves. They typically form when something forces a mass of air upward. The air cools as it rises and, if there is enough moisture in the air, the water condenses and forms clouds. After the air has passed over the obstacle, it typically sinks downward again. The air warms as it descends, preventing clouds from forming. But like ripples on a pond, the initial disturbance creates a propagating wave that continues to spread, causing air to rise and drop again and again until the wave dissipates. The end result is long lines of clouds that mark the crests of the waves, with cloud-free areas between them that correspond to the troughs of the waves." 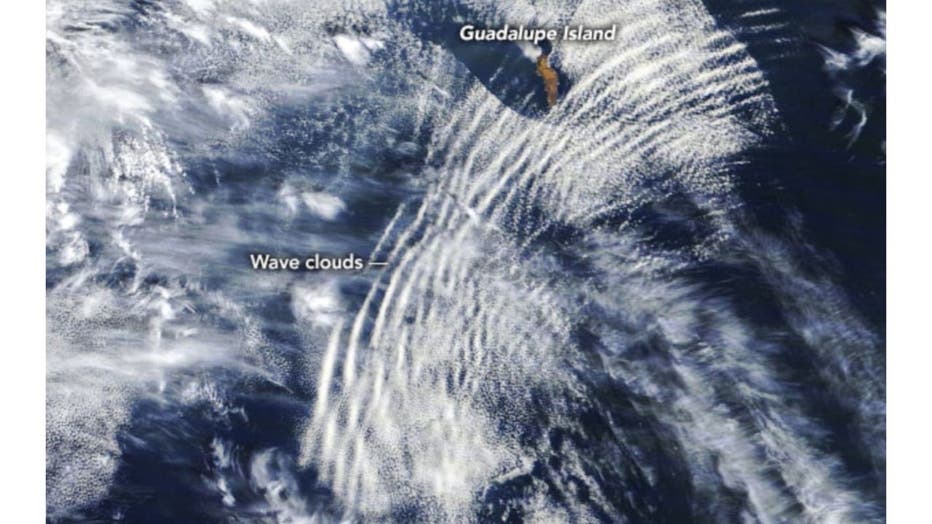 Wave clouds are a lot more common along mountain ranges. The mountains force air upward on their windward side (the side facing the wind) but the air sinks on the leeward side (downwind side) of the range. 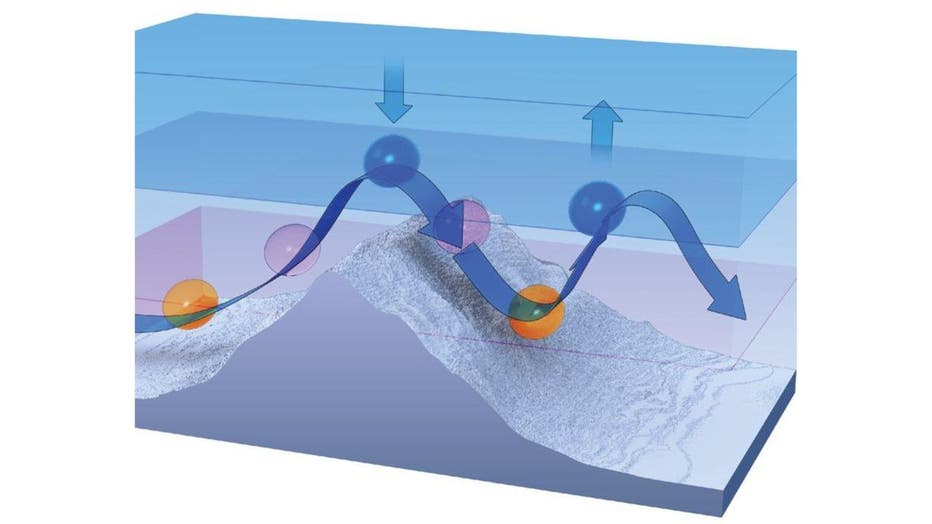 The windward side is where air is forced upwards. This region is favorable for cloud development as the air rises, expands and cools.

The leeward side is where the air sinks, compresses and warms. It is a region that is more favorable for clear skies. This is why there are bands of clouds in parallel with clear slots between them.

According to the National Weather Service definition "a gravity wave is nothing more than a wave moving through a stable layer of the atmosphere."