Chicago - It might not just be wishful thinking to say the worst of Chicago's winter is behind us. The forecast for the upcoming week is quiet in terms of snowfall and relatively mild in terms of temperatures. There is a slight chance for some snow on Thursday but other than that, there is no significant snow in the forecast for at least the next ten days. It's hard to get snow with the kind of temperatures we are expecting during that period. Only one day of the next ten is forecast to have a high near freezing.

There are different definitions of winter to consider. Meteorological winter runs form December 1st through February 28th. December, January and February are collectively the coldest three months of the year in Chicago. The astronomical seasons are based on the earth's tilt towards or away from the sun on the spring equinox, summer solstice, autumnal equinox and winter solstice. Astronomically speaking, spring begins this year on March 20th with the arrival of the spring equinox.

We have had "winter-like" weather well past the end of the traditional winter season by either definition. We've had a trace of snow as late as May 24th. So while a freak flake of snow could still fall past the start of spring, it appears at least for the next couple of weeks there won't be any bitter cold or big snows.

This winter has had its moments of Arctic cold and significant snows but overall, this has not been too tough of a winter. The Midwest Regional Climate Center has developed an objective way to measure the amount of misery a particular winter gives us and the latest assessment says our current winter has been "average". The Accumulated Winter Season Severity Index or winter "misery index" has recently moved us out of the "moderate" category and into the "average" category. The index is based on "the intensity and persistence of cold weather, the amount of snow, and the amount and persistence of snow on the ground". Odds are we will end up in "average" category" when all is said and done with this winter. 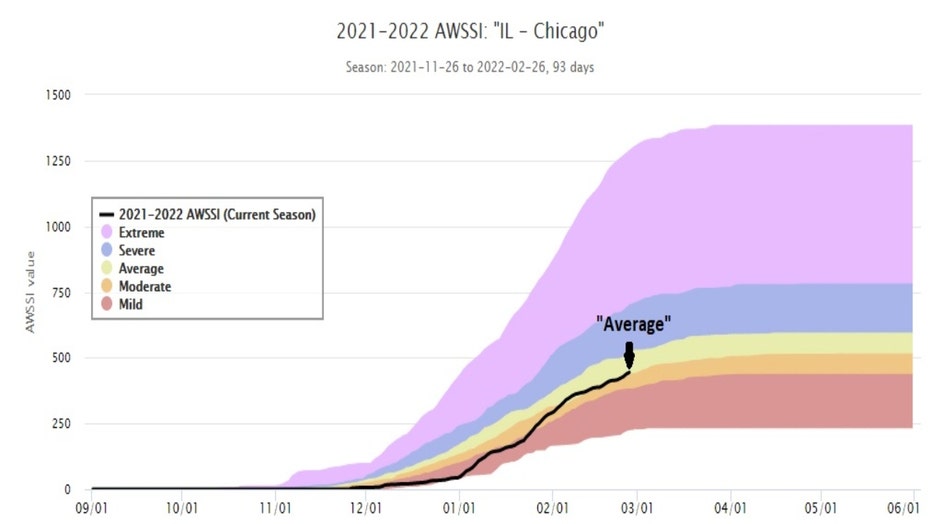 While we can't rule out a few flakes of snow on Thursday, if it falls, it will probably be on bare ground and melt fairly quickly. The week will start off relatively warm with 40s for highs through Wednesday. The National Blend Of Models drops our highs to just above freezing on Thursday but we quickly rebound and warm into the 50s by Saturday. Every day after that through the following Wednesday should feature highs in the 40s. 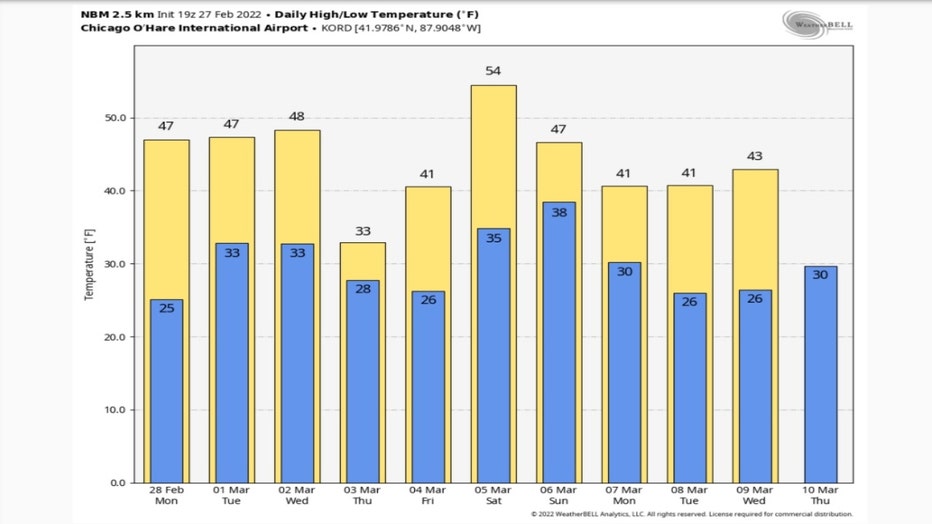 The Climate Prediction Center supports the mild outlook from the National Blend Of Models. It has northern Illinois and Indiana either "leaning above" or "likely above" average overall just past the first week of March. 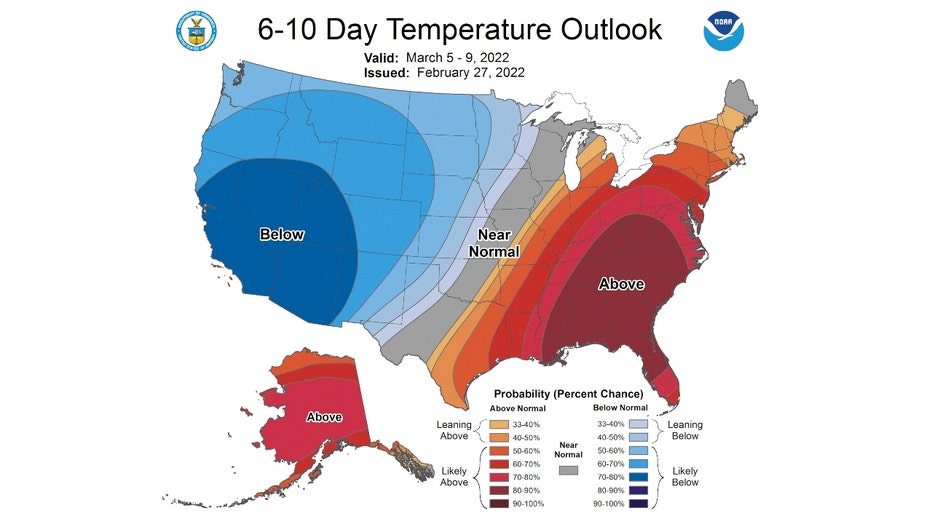 The GEFS model ensemble goes out even further into the future. Its temperature anomaly forecast for the next 30 days takes us through most of March. It suggests Chicago and surrounding suburbs will be near normal or just a bit below overall for the period. That doesn't necessarily rule out a couple of rather cold days but it is still promising. According to this forecast, the northern plains has the best chance for some bitter cold by the end of next month. 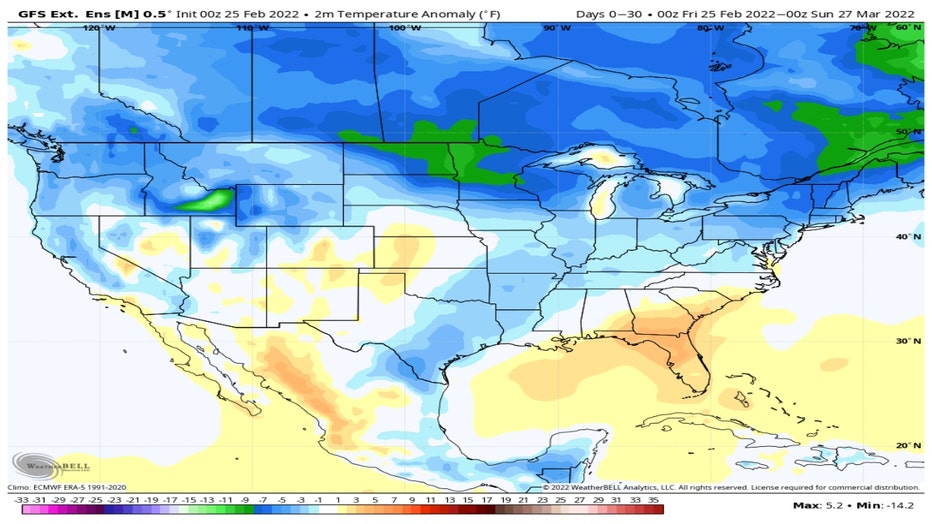 The official numbers for this meteorological winter in terms of temperatures and snowfall will come in next week. When they do, for better or worse, I will compare them to my forecast for the 2021-2022 winter that I made back in early December