Chicago - The Chicago area's wild week of weather isn't over yet. We have seen fog, freezing rain and thunderstorms so far.

Freezing rain left a glaze on this stop sign in northern Lake County on Tuesday. We can't stop the sticking snow that is on the way though for late Thursday into early Friday morning. 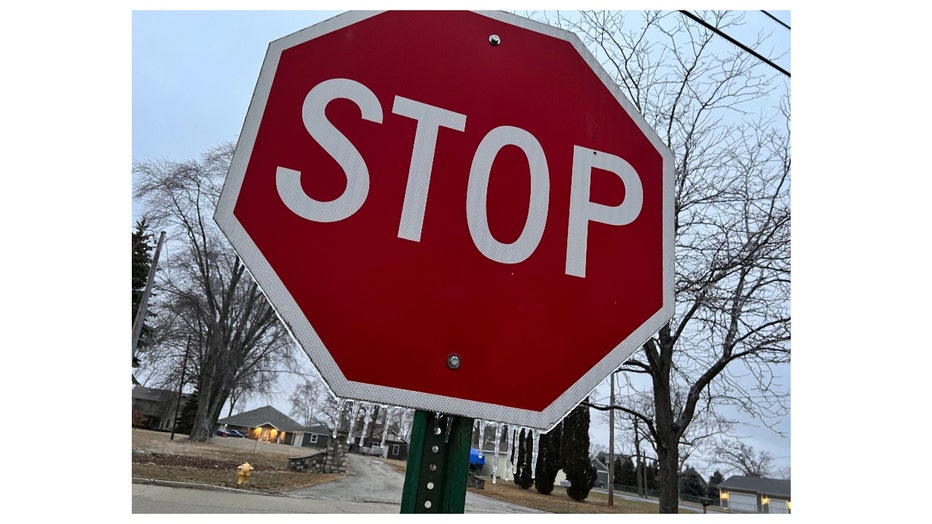 We are playing catch up on snowfall since the start of winter. We went well into December before we got our first real snow of the season. It finally came on Dec. 28 to set a record for going the deepest into the season for our first measurable snow. We ended up with less than 2 inches of snow for the month.

So far, February has yielded 9.5 inches, which is about an inch above average for the month so far.

We have seen a total of 25.3 inches of snow for winter so far. We are down about 2.4 inches below average for the season at this point.

We could get back to right about average with snowfall that is coming late Thursday into early Friday. Most of the snow would fall late in the afternoon through about 3 a.m. Friday. Lingering lake effect snow could continue during the first part of Friday near the lakefront.

This meteogram which shows several model solutions for the upcoming snowfall, spits out about 1.5 to 3.5 inches for O'Hare. 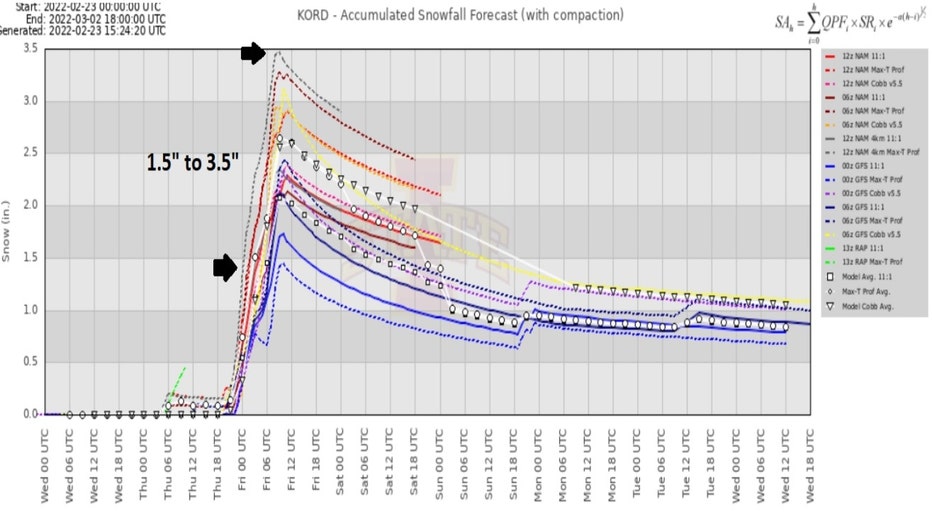 The GFS model squeezes out about 2 to 3 inches for most of the area with slightly higher amounts south and southeast of the city. 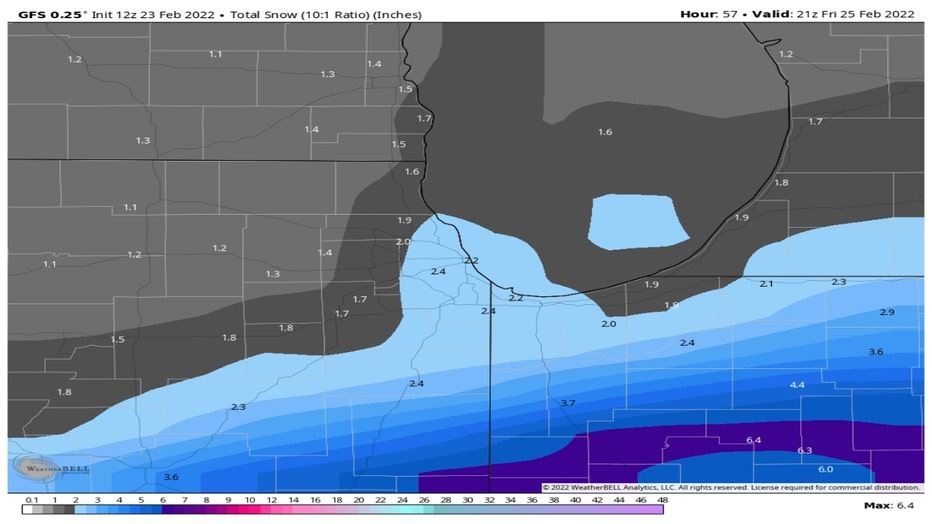 The European model is similar in terms of amounts with about 2 to 3 inches for most of us. It differs a bit from the GFS model in terms of the placement. The European Centre for Medium-Range Weather Forecasts (ECMWF) has more snow in our northwest suburbs compared to the GFS and less well south of the city. 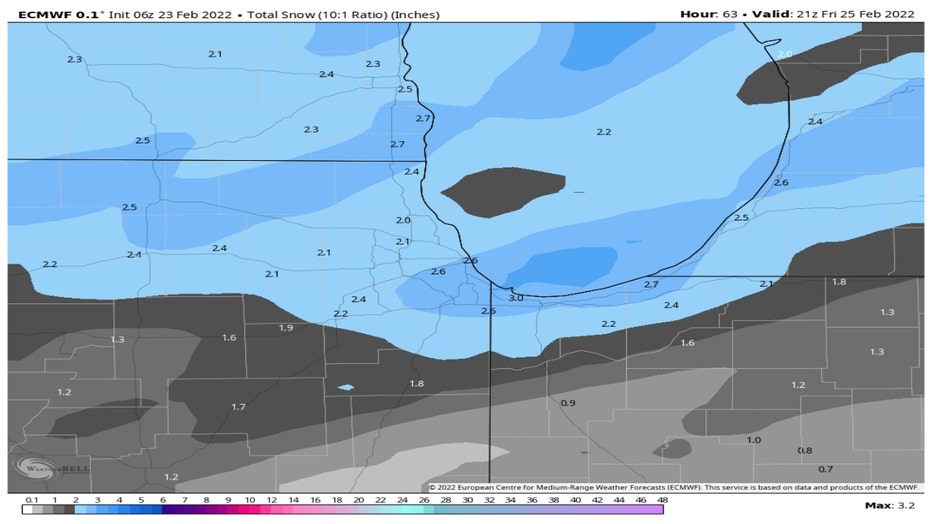 Whatever does fall probably won't stick around for long. The National Blend Of Models has our highs bouncing back above freezing by Saturday and staying there through a week from this Saturday. 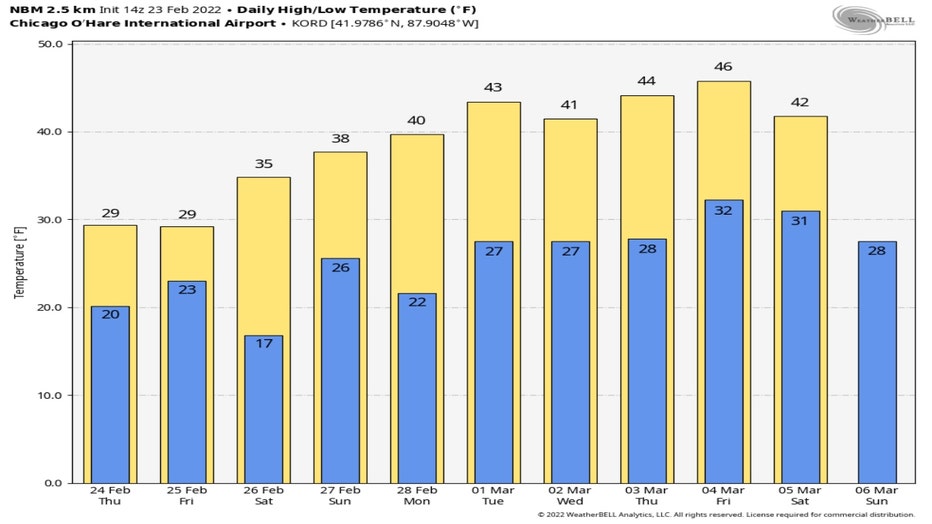 Almost right on cue for the start of meteorological spring our highs will warm to 40 degrees or more starting Monday and continue in the 40s through at least the following Saturday.