We are now down 1" of snow below average so far this fall. The average first date here for a measurable snow is November 18th. Based on the forecast, we will be at least two weeks overdue for that first snow with no significant snow in sight for the next several days.

DOWNLOAD THE FOX 32 WEATHER APP FOR THE LATEST FORECASTS 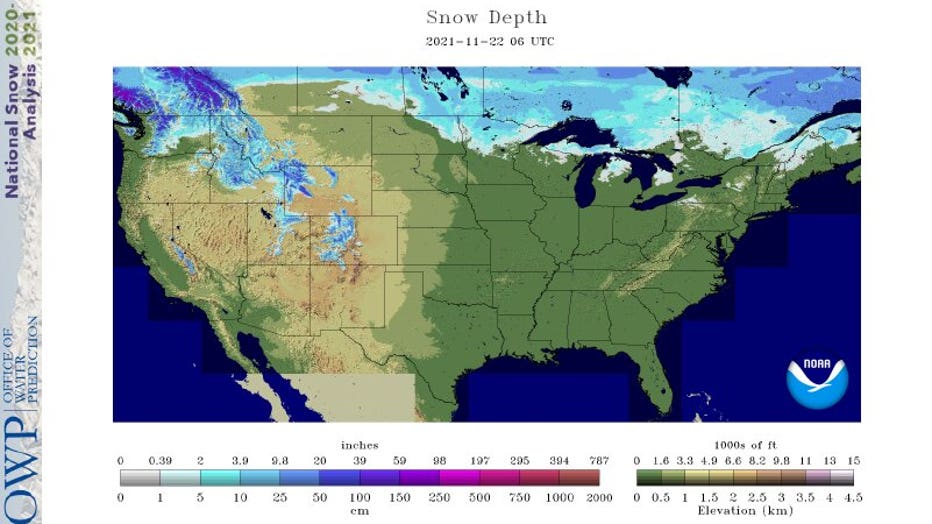 Nine percent of the country is reporting snow cover as of the end of Sunday, with an average depth of .4". At the same time last year, just under 9% of the country was reporting snow cover with an average depth of .7". That means we have nearly half the amount of snow on the ground in terms of depth compared to 2020 at the same point. 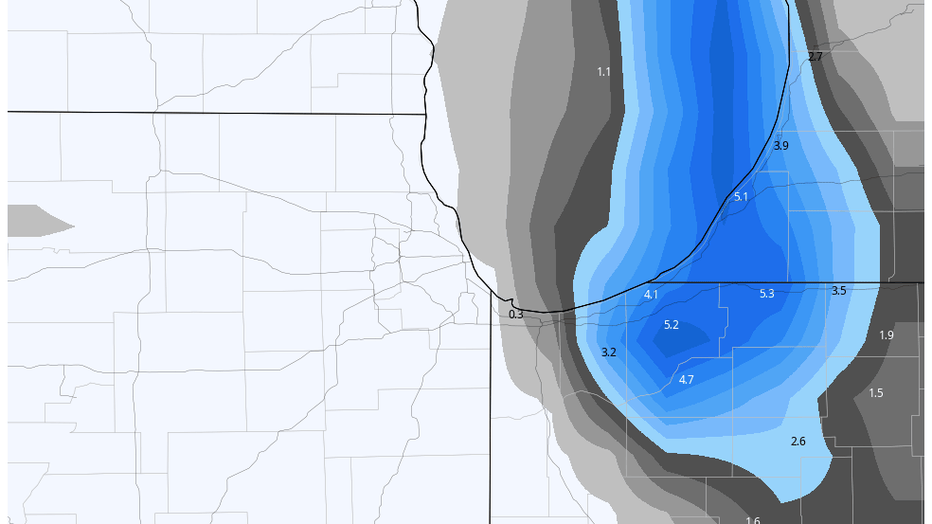 I ran the GFS model out through next Monday morning to see about snow prospects during the next seven days or so. It doesn't squeeze out any snow for the Chicago area, but does lay down snowfall in northern Indiana. Most of that would come late Sunday night into Monday. 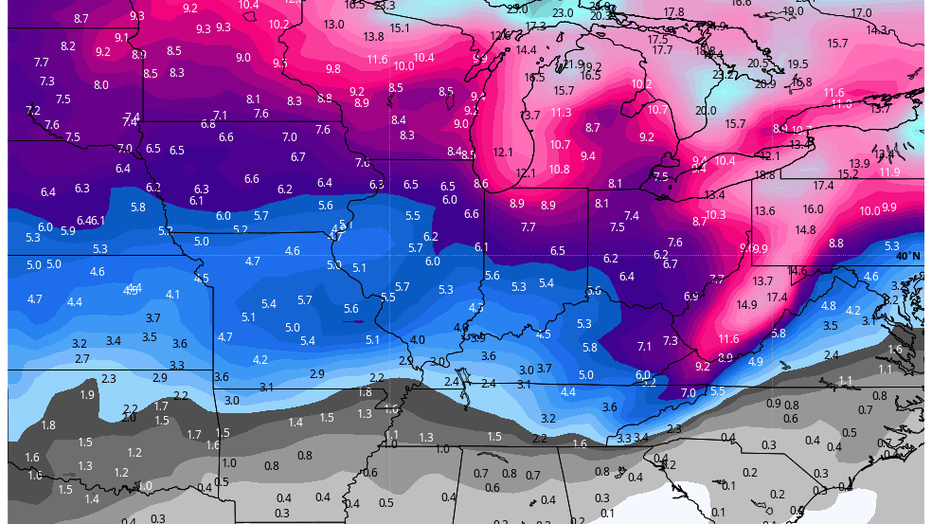 There are no major storms in sight through at least the start of next week. I do want to give snow lovers some hope though.

The GEFS (Global Ensemble Forecast System ) 35-Day total snowfall forecast squeezes out between six to nearly nine inches of snow between now and Christmas. That is not surprising since we typically see about seven inches of snow during this period. Long-range snowfall forecasts are tricky at best, so take this forecast with several grains of salt.

For now, at least you can keep your shovels in the garage.