Chicago - I stuck out my neck earlier this week with Part 1 of my winter forecast for Chicago. Today I stick it out a bit further to take on a temperature forecast for the season.

I released my snowfall forecast for this winter on Wednesday, the start of meteorological winter. Spoiler alert! My prediction was for 33" to 37" of snow in total from December through February. Average snowfall for the winter is just under 30". 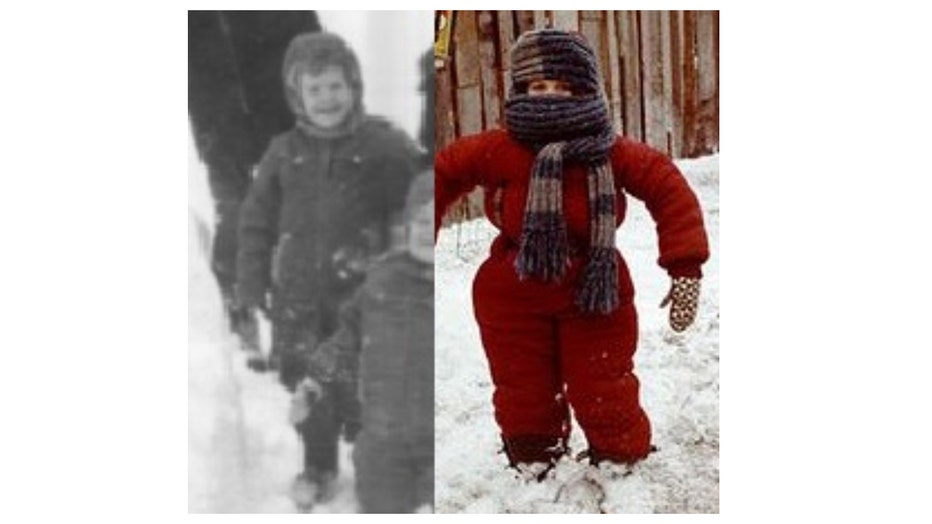 I have survived five of the top ten worst snowstorms in Chicago's history. I have been here for five of the top ten coldest winters on record too. That could explain why my mother bundled me up to the point that it was difficult to maneuver outside. The picture above is a side-by-side comparison of me (on the left) to Ralphie's brother Randy in "A Christmas Story". The only thing missing for me is the thick scarf.

Here is a list of Chicago's coldest winters on record:

In Part 1 of my winter forecast I explained the idea of "teleconnections". It refers to "a recurring and persistent, large-scale pattern of pressure and circulation anomalies that spans vast geographical areas" that are many times linked to weather patterns elsewhere. The sea surface temperatures in the Pacific Ocean along and near the equator is one example. The absence or presence of either a La Nina or El Nino has an impact on our weather here in Chicago and can give us a hint of what to expect this winter.

We are now currently experiencing a weak La Nina. The majority of computer models are expecting a weak to moderate La Nina this winter. This phenomena has probably the biggest influence in our winter forecast than any other consideration. Meteorologists frequently use the analog forecast method.  This method "operates on the straightforward principle of making predictions by comparing current weather patterns to similar patterns (or analogs) from the past". Forecasters have compared past winters here with previous winters that had similar La Nina conditions to get an idea of what to expect this winter.

The official National Weather Service winter temperature outlook is "leaning above" average for northern Illinois. The Gulf Coast states, southeast and Carolinas have the greatest probability of seeing an above average winter in terms of temperature. 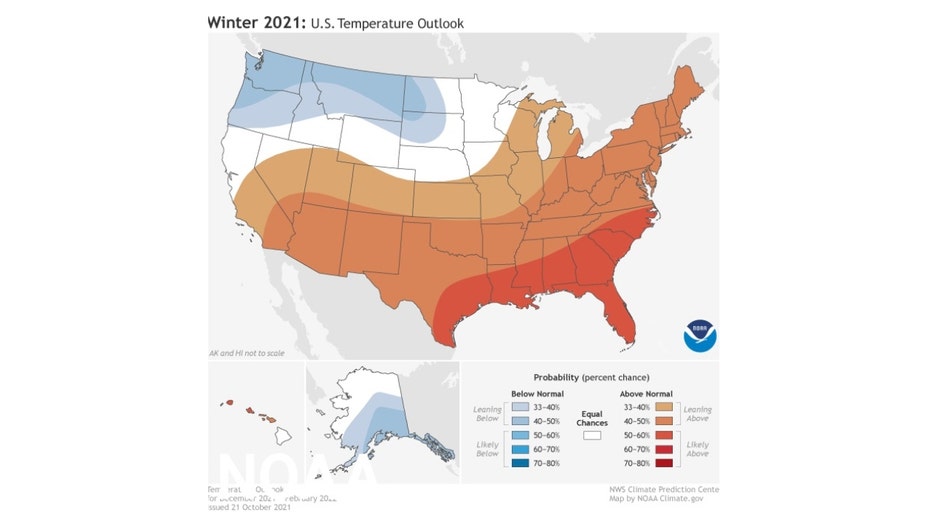 I mentioned the use of "ensemble forecasts" in my snowfall forecast post. An ensemble weather forecast is "a set of forecasts that present the range of future weather possibilities". It could be one model that is run several times with the initial conditions tweaked a bit each time or a comparison of several different models. The NMME winter temperature forecast is for a milder than average winter. The North American Multi-Model Ensemble is "an experimental multi-model seasonal forecasting system consisting of coupled models from US modeling centers including NOAA/NCEP, NOAA/GFDL, IRI, NCAR, NASA, and Canada's CMC". 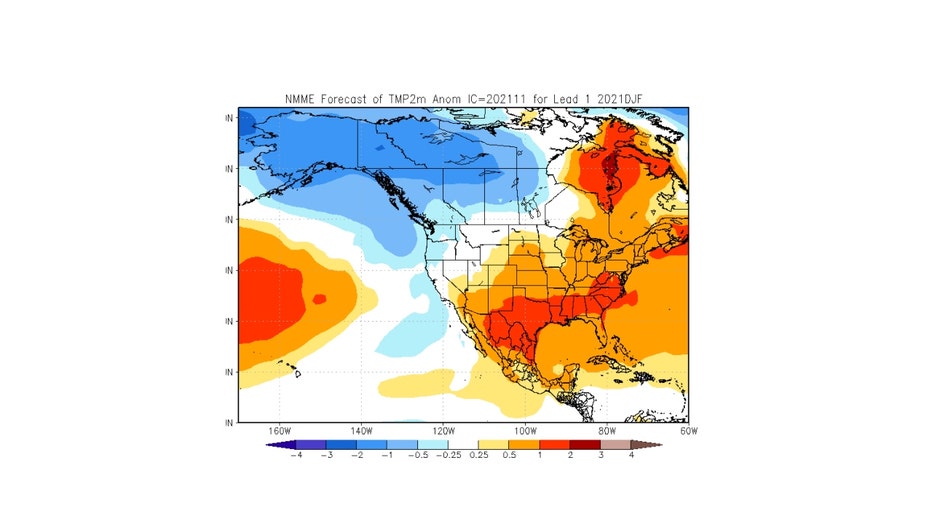 The ECMWF Model (or "European Model") is considered one of the best in the world. It also favors us for above average temperatures overall for the period of December through February. 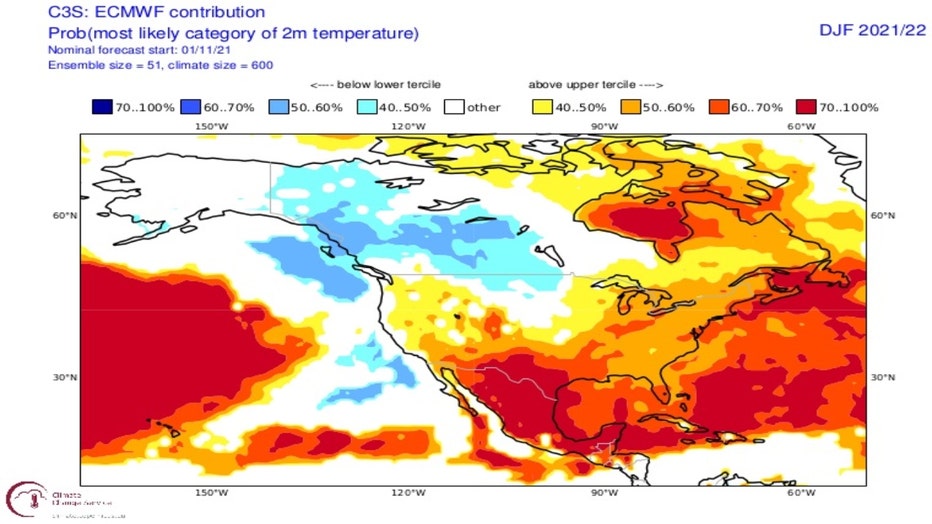 Doing due diligence means I also need to check other forecast sources. These include forecasts from private companies. WeatherBELL's temperature outlook is a colder contrarian to the forecasts discussed so far. It is calling for a colder than average period overall from November through March. 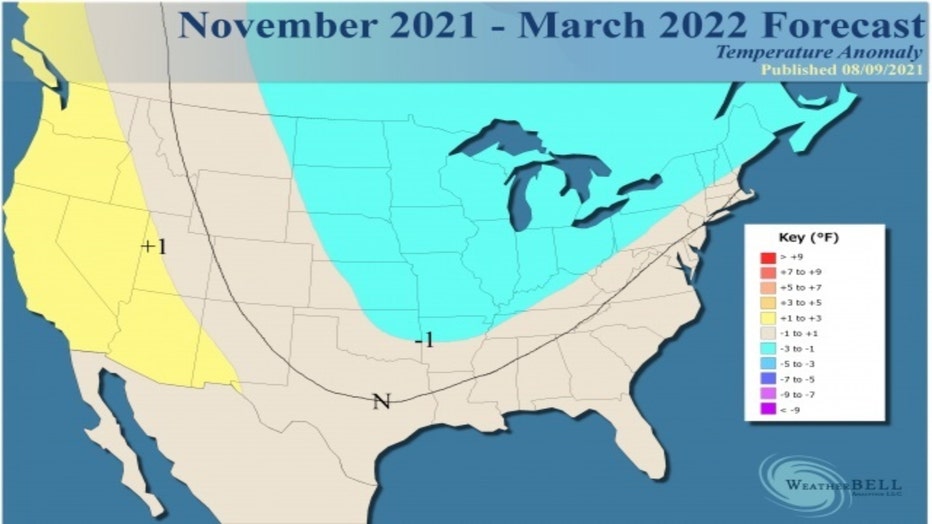 AccuWeather also suggests a colder than average winter here. Their forecast is for temperatures to be around 1° to 2° below average overall with the biggest departures from normal in the northern plains. 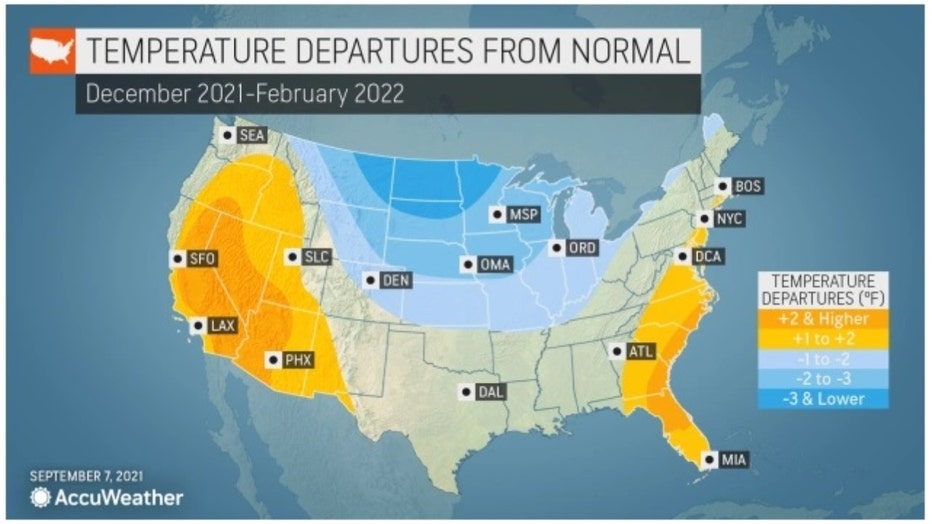 Last but not least, I can't ignore the influence climate change is having on our winters here. According to a Climate Central study, Chicago's winters have warmed by 3.2° over the past fifty years. This trend is making it more unlikely to see some of the extreme cold winters that were much more common in the 1970s and earlier.  An unusually bitter cold winter can still happen but the odds of seeing one have dropped. I dived deeper into our warmer winters in an earlier post. 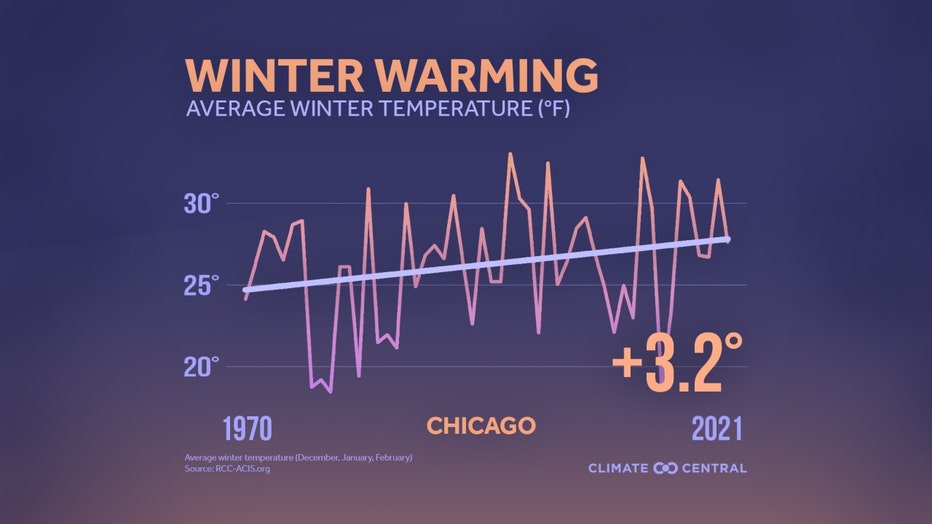