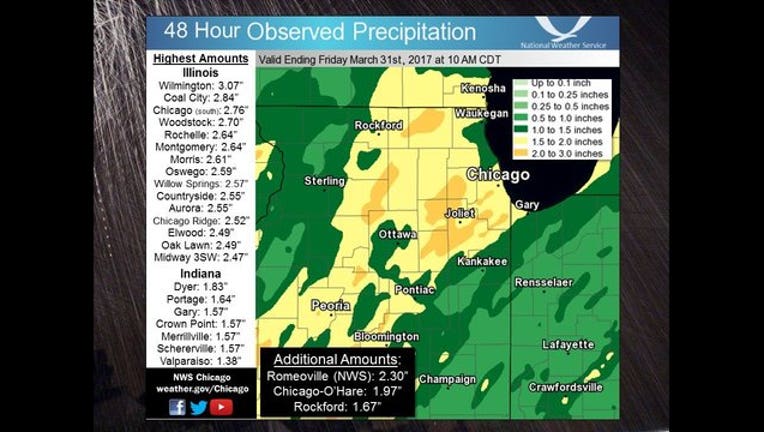 FOX 32 NEWS - A slow moving low pressure system tracked from eastern Kansas at midnight on March 30 across central Illinois during the afternoon.

Total rainfall amounts of 1.50" to 3.00" were common. The rainfall brought quick rises on all area streams and rivers, some of which reached flood level, and also brought standing water in fields and some flood prone locations.

-For Chicago (O'Hare), a daily record rainfall was set on Thursday March 30th, with 1.84" during the calendar day.

-This was the 4th highest calendar day precipitation total in March on record (since 1871).

- For Rockford, Illinois a daily record rainfall was also set on Thursday March 30th, with 1.47" during the calendar day.