CHICAGO - Even though there are still some stubborn mounds of snow still visible, severe weather season is right around the corner. April, May and June are the peak months for severe thunderstorms in our area. We can never let our guard down.

We have had tornadoes in Illinois and Indiana every month of the year.

Just five years ago there was an outbreak of tornadoes in late February west and southwest of Chicago. Two people were killed in one of those tornadoes that struck in the Ottawa area. 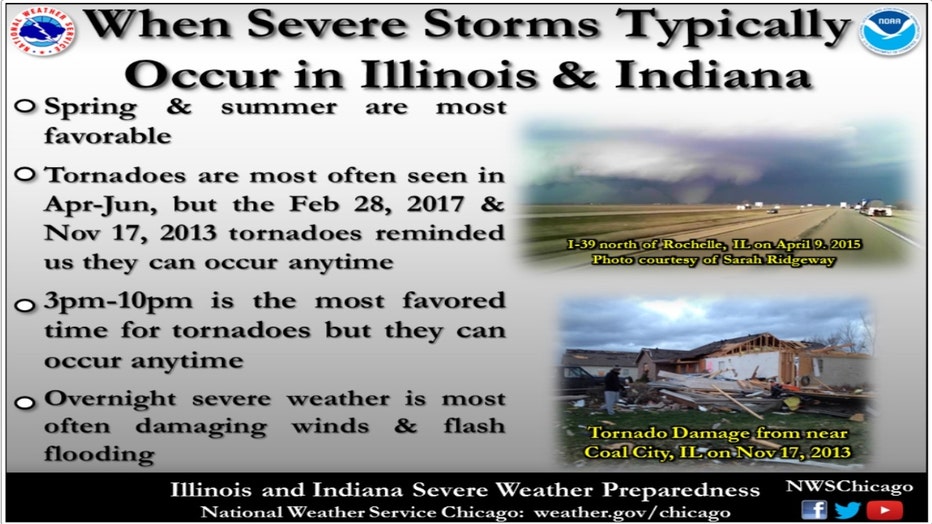 It is just a myth that tornadoes don't strike big cities. In just the last two years tornadoes have hit Nashville, New Orleans and Arlington, Virginia.

Marshall Shepherd, a professor at the University of Georgia‘s Department of Geography and contributor to Forbes, explains that while it may be a rare event, cities aren’t immune to twisters:

The reason they rarely hit a major city is that in the grand scheme of things, urban spaces are relatively small. Roughly 3% of the world's land surface is urban. The graphic above shows the relative amount of urban land cover in the United States. For illustrative purposes, imagine it was a dartboard. If you are an unskilled dart thrower, how often would you hit a city with a dart in 10 throws? Statistically, you are more likely not too. 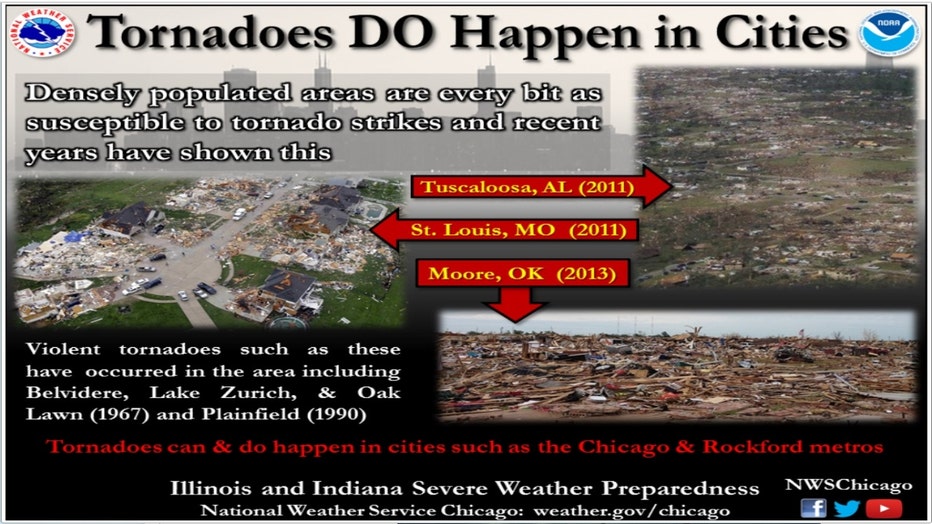 This week is Severe Weather Preparedness Week in Illinois. The National Weather Service wants to encourage everyone to do the following: 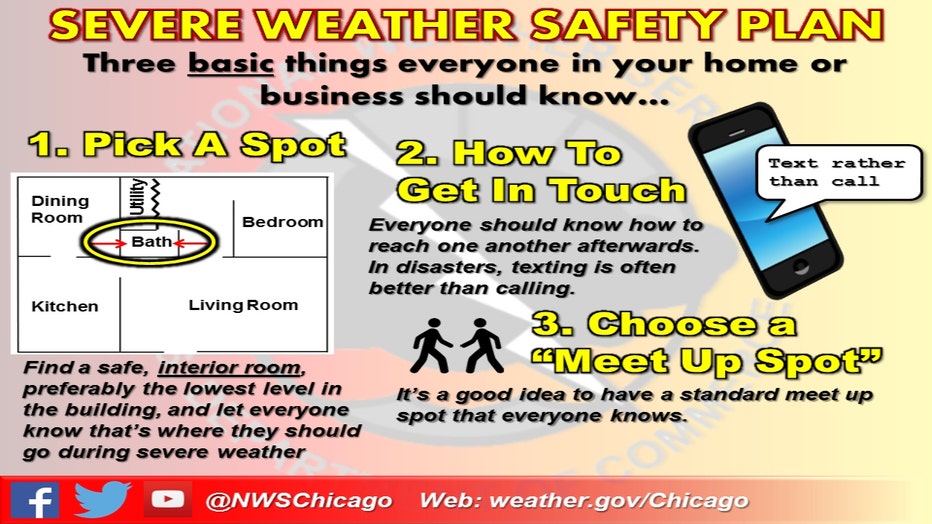 Planning ahead to be prepared and know where you need to go could save your life and the lives of your family. The Fox 32 Chicago weather app sends severe weather alerts directly to your phone. It's important to have redundant means of receiving alerts. FEMA also has an app for your phone for receiving real-time weather alerts. NOAA weather radios are another excellent way to stay vigilant all year long. 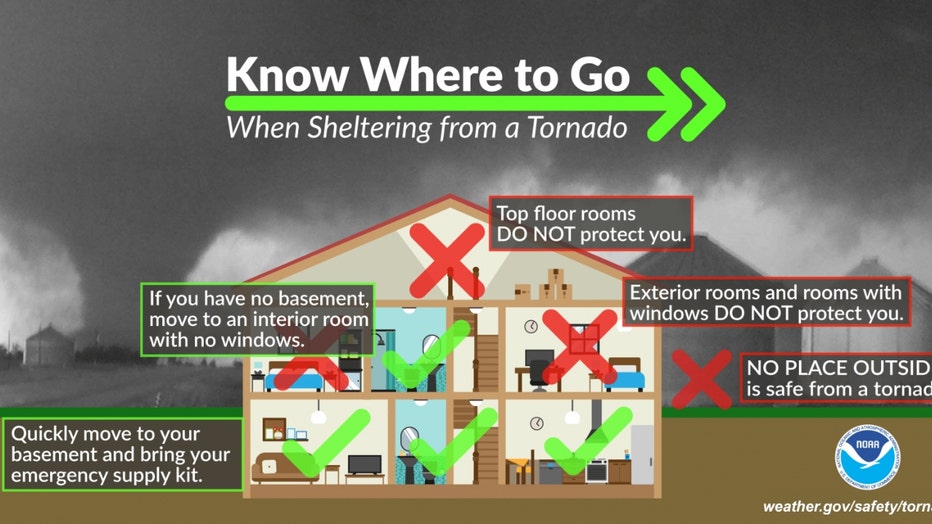 Let me share just a few stats that put into perspective our place in tornado alley:

1. 2 of the top 10 deadliest tornadoes in history impacted Illinois.

2. The state of Illinois ranks 8th in terms of total numbers of tornadoes

4. Illinois ranks 6th in the number of killer tornadoes