Snowfall and slick roads slow down traffic across Chicago

At least 3 inches of snow is forecasted to fall by Saturday, with the heaviest snow expected to hit the Friday evening commute, according to the National Weather Service.

The snow began between midnight and 4 a.m. Thursday and fell at a pretty light rate. An inch or two is expected by Friday, with only occasional breaks, weather service meteorologist Matt Friedlein said.

“The snow may be mixed with rain at times,” Friedlein said. “It’s not going to be a high quality snow for winter lovers out there.”

The snowfall rate will pick up again Friday and drop another two or more inches, he said.

“People need to allow extra time for these commutes for the rest of the week — in particular the Friday evening commute,” Friedlein said.

Treated roads and sidewalks will be “wet to slushy,” while untreated roads could see accumulation, he said.

Temperatures will hover around freezing, and the ground will remain cold enough for snow to stick, Friedlein said.

The new weather system comes a week after the last snowstorm in Chicago, which came with large wind gusts and prompted hundreds of flight cancellations.

Compared to last week, this snow system is expected to be much less windy, which will help with visibility and keeping road surfaces snow-free, Friedlein said. 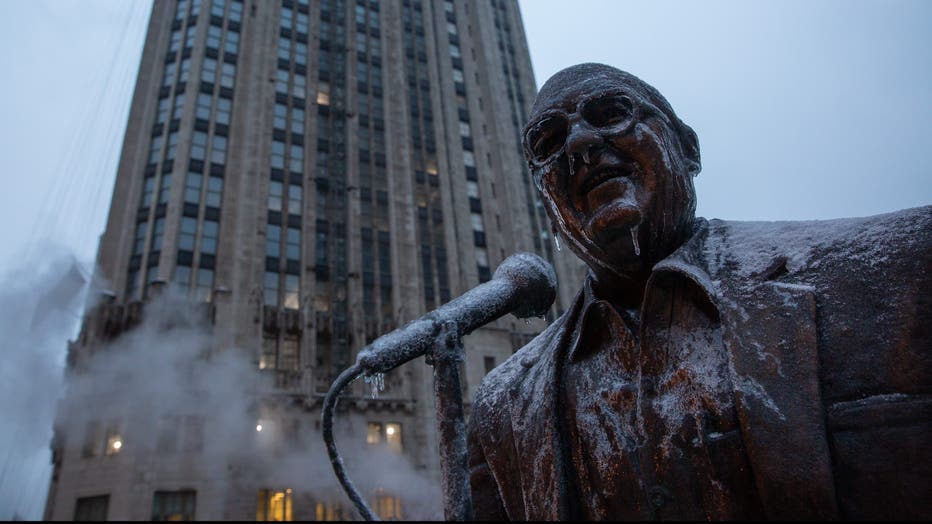