Chicago - We are just a couple days away from what could be the biggest snowstorm of the season so far but the location of the swath of heaviest snow and the top end amounts to expect isn't clear yet.

Outside of the questions regarding the snow, a few things are fairly clear. There is a real flooding threat starting later Wednesday and continuing into Wednesday night. Low-lying areas and areas with poor drainage may see at least some minor flooding. I discussed the risk of ice jams in an earlier post. A flood advisory has been issued for the Kankakee river affecting Will, Kankakee and Grundy Counties.

There is also a lakeshore flood threat for Thursday afternoon and evening. A frozen shoreline would ordinarily act as a buffer against this but strong offshore winds combined with above freezing temperatures will mean much of the ice now along the lakefront will get blown offshore and/or melt. Lake Michigan's water levels are down compared to last year but still almost two feet above average.

Now time for some thoughts about the snow with this system. 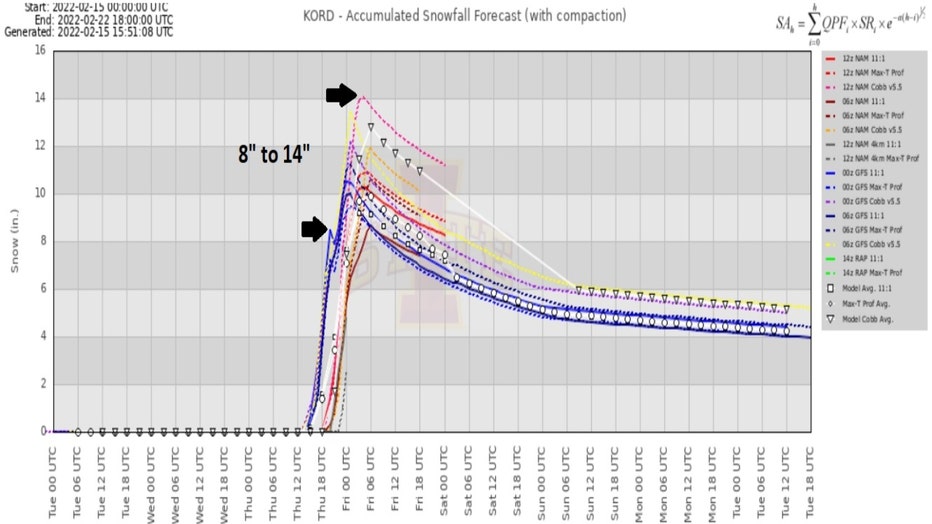 A meteogram for O'Hare shows an array of models suggesting anywhere between 8 inches to 14 inches of snow is possible there. Most of this would fall between Thursday morning through Thursday evening.

There will be an icy period when the rain transitions over to snow late Wednesday night into early Thursday. Some freezing rain and sleet will fall but it doesn't appear to be a big icing event.

The possible flooding and eventual snowfall will have the biggest impacts on the area. The National Weather Service's Winter Storm Severity Index, or WSSI, highlights the areas to be impacted and the degree of impact the storm may bring. 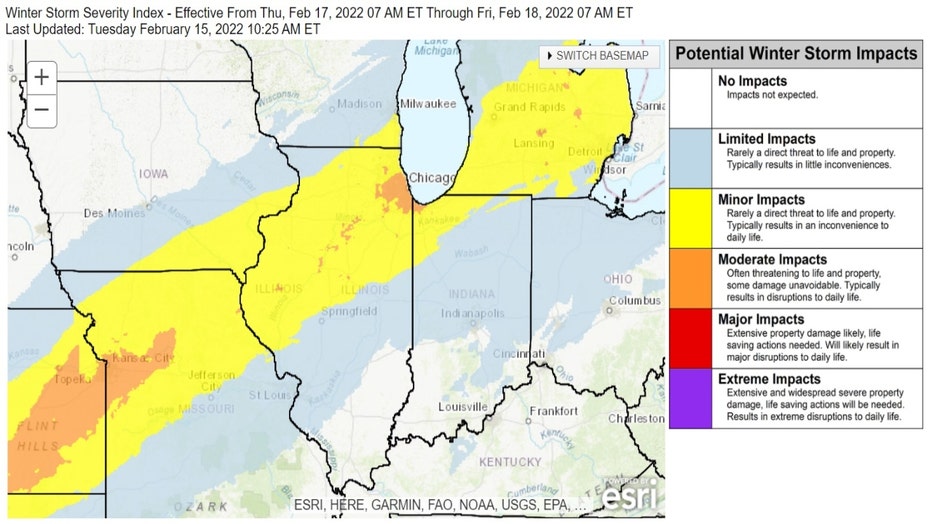 All of northern Illinois and northwest Indiana should have at least "minor impacts". That means "rarely a direct threat to life and property. Typically results in an inconvenience to daily life".

The city of Chicago and many surrounding suburbs could see "moderate impacts". That means "often threatening to life and property, some damage unavoidable. Typically results in disruptions to daily life".

Let's take a look at two major computer models and their forecast for total snowfall accumulation with this storm. 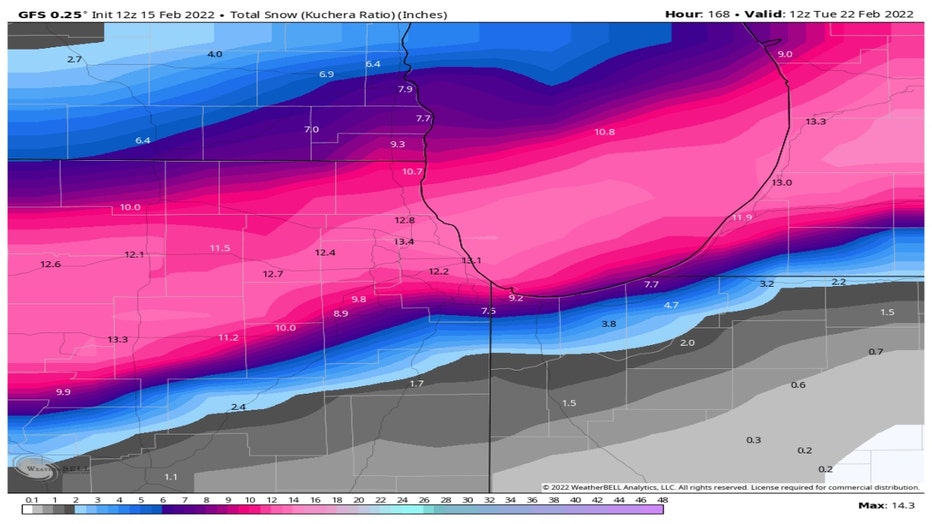 The GFS model has the swath of heaviest snow from the city and through the northern suburbs with nearly a foot possible. 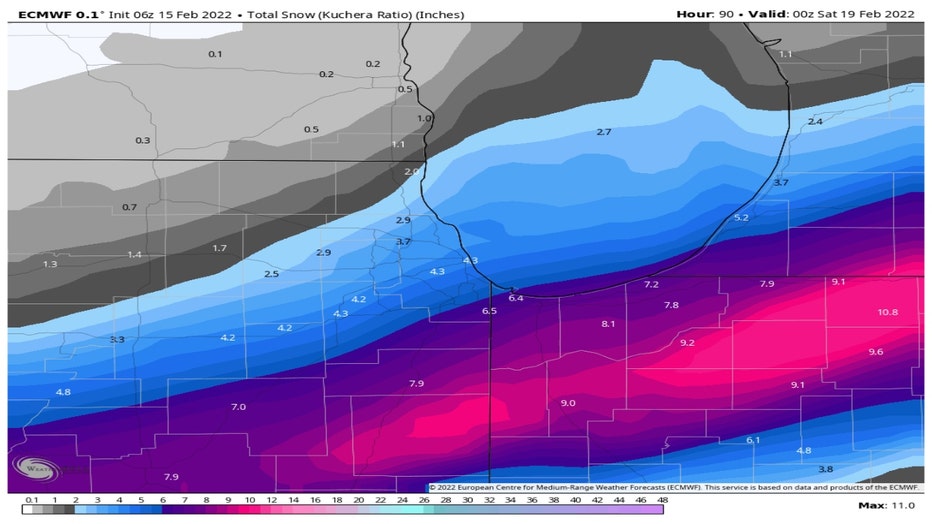 The ECMWF, or European model, has increased its snowfall totals a bit and nudged its swath of heaviest snow just a tad north compared to previous model runs. It still favors areas south of the city for the highest totals.

Not much consensus yet from these two models but it may suggest a compromise of these solutions could be in order. That would mean dropping the GFS totals down a couple of inches and sliding the swath of heaviest snow just a bit south than what that model now depicts. That still would mean a major snowstorm with big impacts for Chicago.

We'll continue to monitor the storm and bring you updates as it gets closer.