We should bounce back above average for an awesome Thursday that could vie for the best day of the year so far. Partly to mostly sunny skies should help us soar to near 70 degrees.

The National Blend Of Models forecast of high temperatures for the next 11 days brings in a warm weekend before a cooler pattern kicks in again next week. 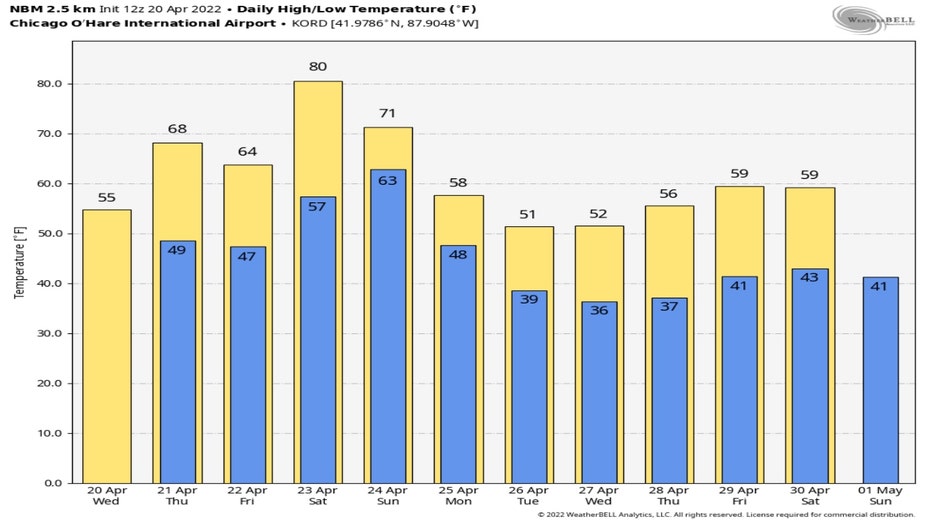 Saturday will almost seem like summer with some sunshine and highs topping out near 80 degrees. 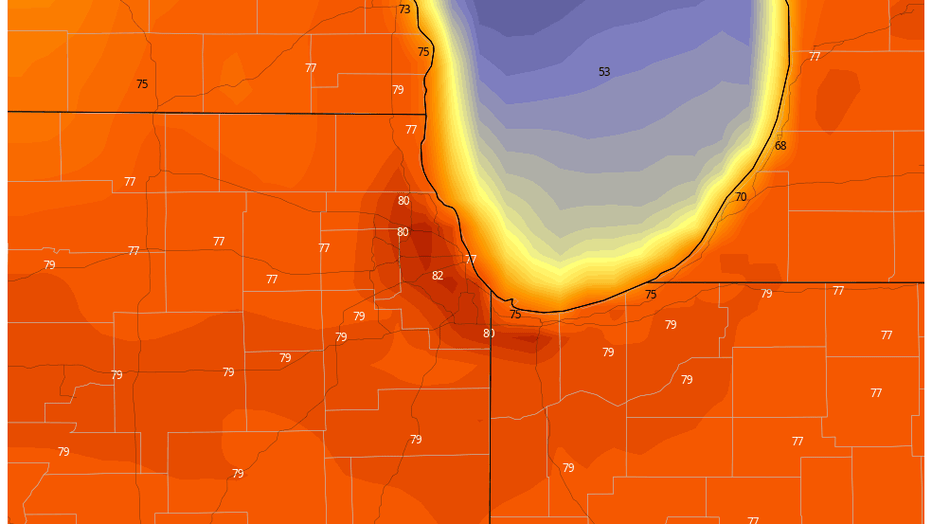 The temperature anomaly forecast for Saturday has the Chicago area enjoying the warmest temperatures compared to average for the entire country.

Our highs that day should be nearly 20 degrees above average. 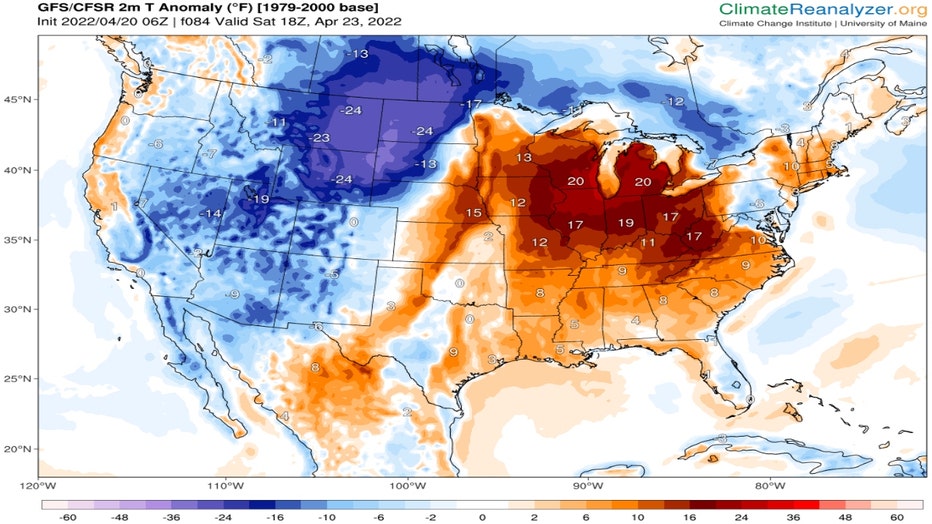 We should stay relatively warm on Sunday with highs well into the 70s but the longer range forecasts show a cooler pattern kicking back in next week.

Average highs for the later part of April are in the lower to middle 60s. 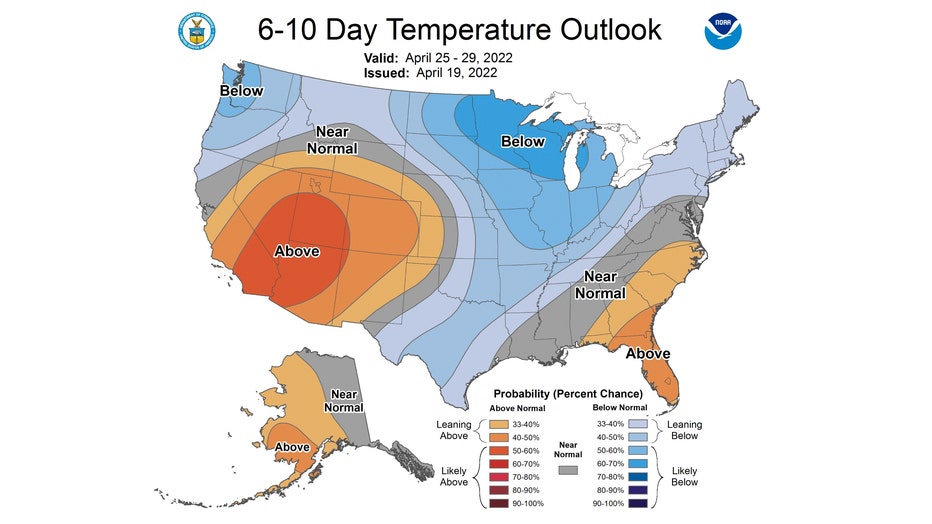 The 6-10 day temperature outlook has "likely below" normal for the period from next Monday through Friday. Highs should fall into the lower to middle 50s for most of the week.

The 8-14 day temperature outlook also has us "likely below" normal. This covers the period from next Wednesday through the first few days of May. The probabilities of us being below average are even greater in this outlook compared to the 6-10 day forecast. 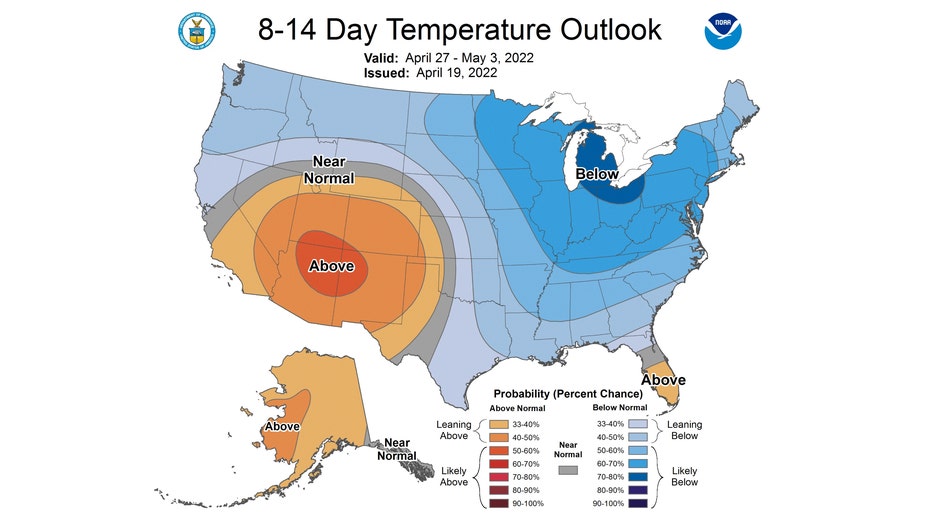