Bill Bellis has your weather update!

A winter storm watch lasts from Friday night through Saturday night, according to the National Weather Service.

The watch affects northern Cook County and north and west of downtown.

“The main thing is to be aware of when conditions will change,” says weather service meteorologist Jake Petr.

A maximum of 2 or 3 inches of rain is expected to move through Friday and turn into a quarter inch of ice overnight as temperatures dip below freezing in the north suburbs, he said.

Chicago is expected to stay above freezing Friday night, so there’s less of a chance of ice. 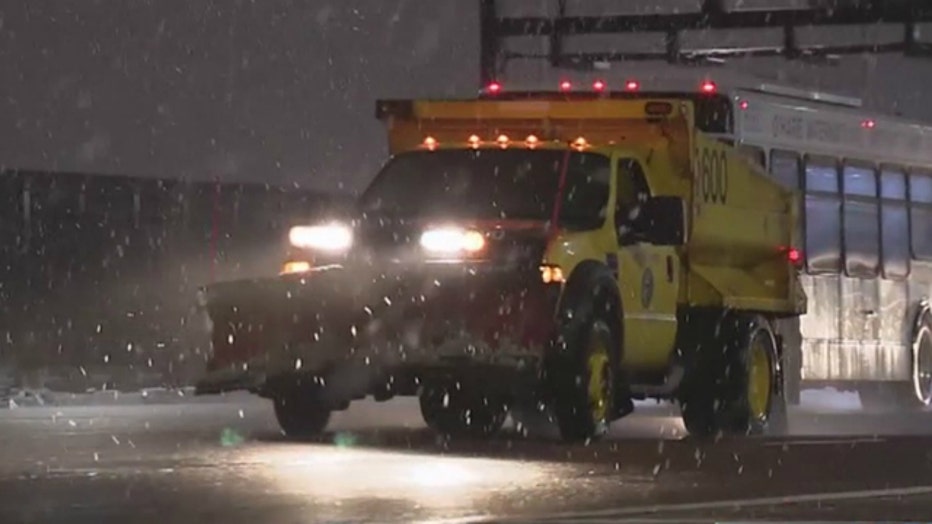 “I would avoid driving,” Petr said. “If you’re driving, give yourself extra time.”

By Saturday evening, though, snow in excess of 3 inches is possible, with the highest amounts over northern Cook County, he said.

Wind gusts could reach 45 mph Friday night and Saturday, and waves as high as 20-feet tall may hit the shores of Cook County.

That could lead to significant flooding along the lakeshore, Petr said.

“It would not be wise to be walking anywhere along the lakeshore,” Petr said. “The waves could easily knock someone over.”

Lakefront paths were already closed Thursday due to high water, according to the Chicago Park District.

The pedestrian paths at Fullerton, and from North and Ohio were closed until further notice.

Heavier precipitation is expected farther northwest, with Rockford expecting up to 7 inches of snow, Petr said.

Airlines in Chicago were anticipating the storm and allowing passengers to change their flights at no cost.

GET THE FOX 32 WEATHER APP BY CLICKING HERE 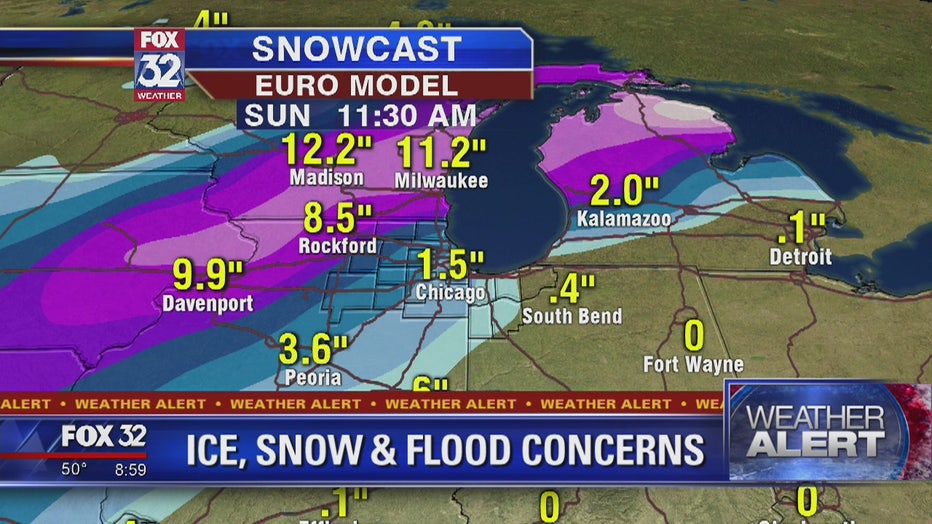