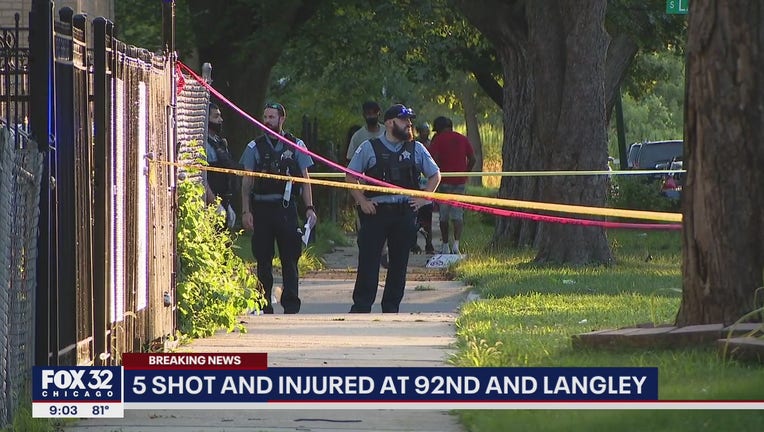 CHICAGO - Five people were wounded, one fatally, in a shooting Monday in Burnside on the South Side, according to police.

They were sitting on a porch about 6:15 p.m. in the 700 block of East 92nd Place when a white-colored vehicle drove by and someone inside opened fire, Chicago police said.

A 22-year-old man was struck in the back and taken to the University of Chicago Medical Center, where he was pronounced dead, police said. Another man, also 22, was shot in the buttocks and taken to the same hospital in critical condition.

Two other men, 26 and 24, were taken to Christ Medical Center in Oak Lawn in good condition, police said. The older man was shot in the arm while the younger man was struck in the leg.

A 25-year-old woman was taken to Trinity Hospital in good condition with a gunshot wound to the thigh, police said.

The Cook County medical examiner’s office identified the man as being D’Andre Anderson. He lived in Burnside.

No arrests have been reported. Area Two detectives are investigating.