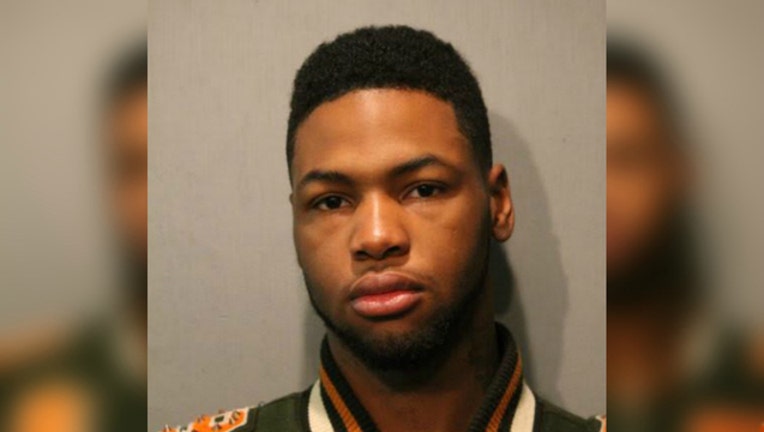 CHICAGO (SUN TIMES MEDIA WIRE) - Bond was denied Wednesday for a 19-year-old man charged with four violent robberies that happened on the Southwest Side in November.

At 9:35 a.m. Nov. 18, Scaife approached a man and woman while they were inside a business in the 7100 block of South Western, police said. He pulled out a firearm and demanded their property, then got into a blue van and fled west.

Less than an hour later, Scaife got out of the minivan and approached a 25-year-old man in the 8200 block of South Kedzie, police said. He pistol-whipped the man, then shot him once in the face. Scaife got back into the van and took off south on Kedzie. The victim was taken to Christ Medical Center in Oak Lawn in serious condition.

At 5:30 p.m. Nov. 19, Scaife approached a 20-year-old man as he was leaving a business in the 7100 block of South Western, police said. Scaife struck him in the face then put him into a chokehold, claiming to have a firearm. He stole the victim’s property and ran away. The man refused medical attention at the scene.

At 1:10 p.m. Nov. 22, Scaife and another suspect approached a 27-year-old man as he was leaving a business in the 7200 block of South Western, police said. They pulled out a firearm and demanded the man’s property, then one of the suspects took off in the victim’s 2014 Chevy Camaro. The car was later recovered in the 2500 block of West 71st Street.

Scaife was arrested by tactical units at 6:50 a.m. Monday at his home in the 14300 block of South Eggleston in Riverdale. Police said he is currently on parole and is a documented gang member.

Judge Maria Kuriakos Ciesil ordered Scaife jailed without bond at a Wednesday hearing, court records show. He is due in court again Jan. 9.