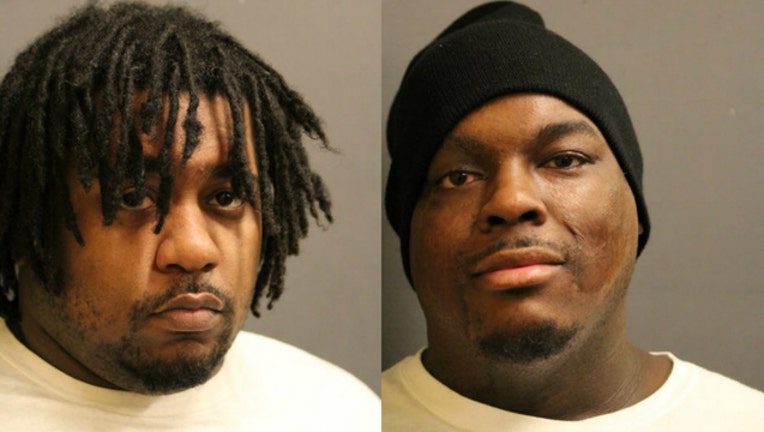 EVANSTON (Sun-Times Media Wire) - Two men are charged with firing a gun and crashing a vehicle near an elementary school in north suburban Evanston.

Darius Morales, 29, of Jefferson Park, is charged with two counts of unlawful use of a weapon by a felon, according to Cook County records.

Twan Daniels, 30, of Evanston, is charged with a felony count of aggravated fleeing an eluding and several traffic citations, according to Evanston police.

Morales allegedly fired shots from a Jeep on May 8 near the 2100 block of Dewey Avenue, Evanston police Cmdr. Ryan Glew said. No one was hit, but the gunfire caused vehicle and property damage.

An officer found the Jeep and attempted to stop it, but Daniels allegedly drove off, Glew said. The officer stopped pursuing the Jeep at Ridge and Lincoln, but Daniels kept driving and crashed into a fence at 733 Lincoln, a few blocks from Orrington Elementary School, Glew said.

They were arrested on foot a couple blocks away at Sherman and Central, Glew said. No injuries were reported in the crash or the shooting.

Orrington was placed on lockdown as a precaution until 4 p.m., Glew said. The incident did not involve the school or any students. No other schools were affected.

Morales was ordered held without bail by a Cook County judge on Monday, Glew said. Court information for Daniels was not available.