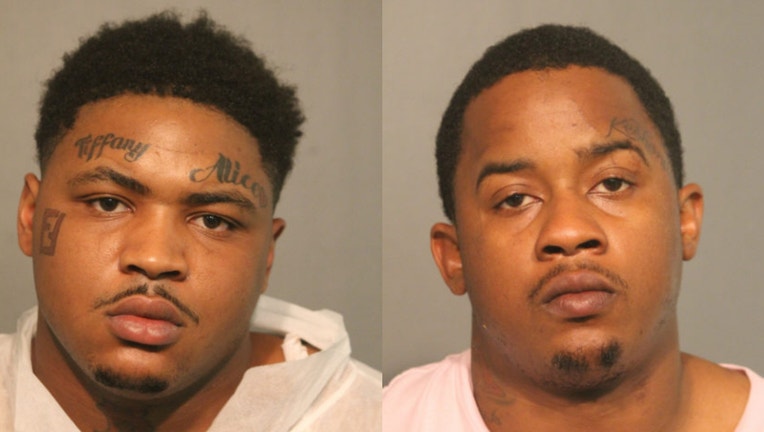 CHICAGO - Two men face charges in connection with a series of ATM burglaries in the South Loop.

The burglaries occurred overnight Wednesday in the 1100, 1600 and 2200 blocks of South Michigan Avenue, police said.

Jones and Maxey were allegedly identified as suspects and arrested later that day after a short foot pursuit in Lawndale, police said.

They were expected to appear in bond court Friday.