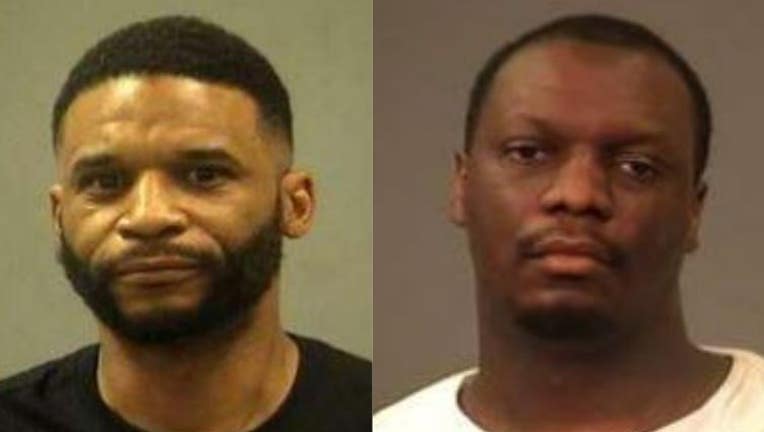 JOLIET, Ill. - Two Chicago men were arrested for breaking into a Joliet bar and trying to steal money from slot machines, an ATM and a cash register Wednesday.

At about 3:22 a.m., Joliet officers responded to Metro Bar and Grill, located at 2019 Essington Road, for a possible burglary in progress.

When officers arrived, it appeared that someone had forced entry into the business by damaging the front door, authorities said.

A perimeter was set up by police after they noticed two men, later identified by police as Antonio Baughns and Kentheney Moore, near the slot machines.

Baughns and Moore allegedly tried to flee from officers through the front door.

Officers were able to take them into custody without further incident.

Baugns, 39, was arrested for burglary, resisting a peace officer, criminal damage to property, possession of burglary tools and theft of coin operated machines.

Moore, 41, was arrested for burglary, resisting a peace officer, criminal damage to property, possession of burglary tools and theft of coin operated machines.

While searching the business, officers located multiple slot machines that had been pried open. A cash register and an ATM were damaged as well.

Multiple tools used in the burglary were recovered inside the business, police said.