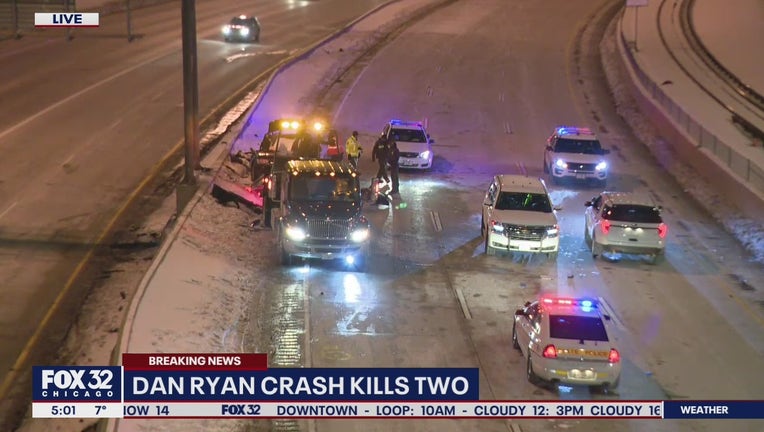 CHICAGO - A 17-year-old boy and a 35-year-old man died in a crash Feb. 9 after their vehicle lost control on the Dan Ryan Expressway.

The southbound car veered into a sign pole about 11 p.m. and struck a median wall in the express lanes near 67th Street, according to Illinois State Police.

The 35-year-old driver and teenage passenger died at the scene, while another passenger — a 16-year-old boy — went to a hospital with life-threatening injuries, state police said.

The southbound express lanes were closed for six hours for an investigation, state police said.