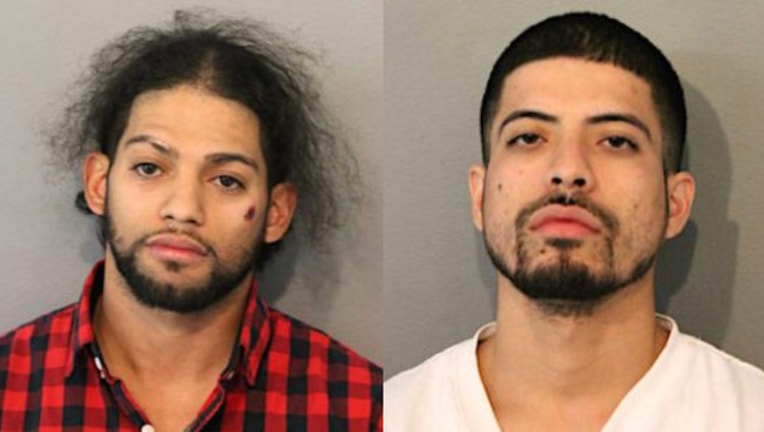 CHICAGO (SUN TIMES MEDIA WIRE) - Two men have been charged with beating restaurant employees during an armed robbery early Sunday on the Near North Side.

Raul Tijerina, 32, and Joshua Santana, 27, each face two felony counts of armed robbery in connection to the incident that happened in the 300 block of West Chicago Avenue, according to Chicago police.

The men entered a restaurant shortly after 2:30 a.m. wearing masks and began to batter and strike the employees with closed fists and a pistol, police said.

Tijerina and Santana grabbed a cash register and left the restaurant, according to police.

Employees flagged down officers, who found the men and placed them in custody, police said. A handgun and the register’s cash was recovered.

Tijerina, who lives in Gresham, was on parole for a previous weapons conviction, police said. He now faces a charge for violating parole.

Santana, a resident of Englewood, and Tigerina were both ordered held without bail during a Monday court hearing, according to the Cook County sheriff’s office. Their next scheduled court dates weren’t immediately known.