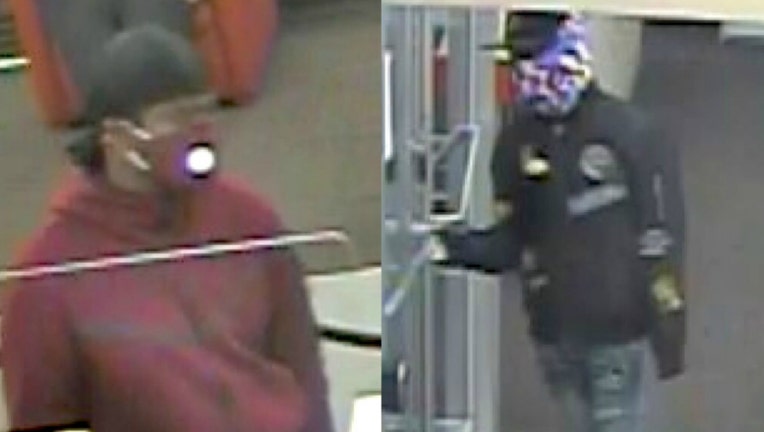 They entered a BMO Harris Bank branch about 9 a.m. at 5960 W. Irving Park Rd., according to the FBI. One of them allegedly passed a note to a teller to demand cash and imply he had a weapon.

The pair drove away east in a gray Dodge caravan with an undisclosed amount of cash, according to a Chicago police spokeswoman.

One of the wanted men, in his 20s, wore a maroon sweatshirt, face mask and gloves, the FBI said. The other man had ripped jeans, a baseball hat, dark colored coat and a colorful face covering.