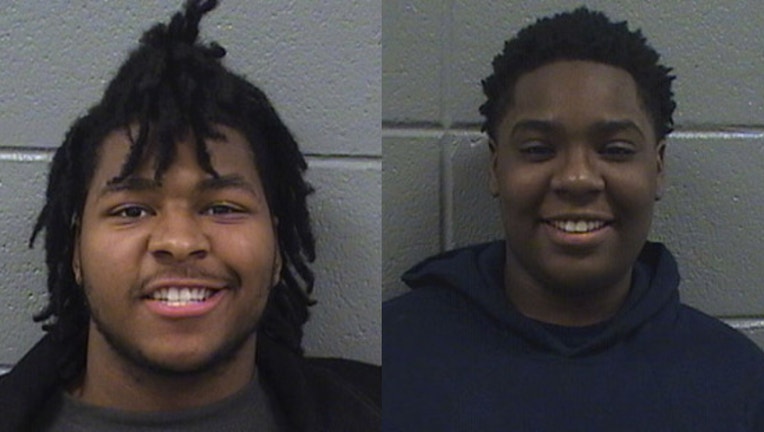 CHICAGO - Two people found guilty in the 2016 shooting death of the grandson of U.S. Rep. Danny Davis were each given 30-year prison sentences Tuesday by a Cook County judge.

Tariq Harris was 16 and Dijae Banks 17 when prosecutors alleged they broke into the home of Javon Wilson, 15, and started a fight over a pair of Air Jordan basketball shoes that led to the fatal shooting of Wilson. Harris and Banks were convicted of first-degree murder and home invasion in 2019.

"The two defendants, the witnesses, the victim in this case, teenagers," she said. "A teenager’s life has been taken away, Javon Wilson… for really no good reason."

Prosecutors noted Banks, now 21, brought the gun and Harris, now 20, pulled the trigger. Prosecutors argued both could be considered irredeemably corrupted with no potential for rehabilitation, noting Banks and Harris’ repeated brushes with the law. They also pointed out dozens of infractions and allegations of violence that Banks racked up since her transfer to Cook County Jail when she turned 18. Under the prosecution reasoning, both were qualified for 40-year sentences.

Walowski rejected the prosecution’s argument after testimony detailing both defendants’ lengthy experiences with abuse and trauma, saying the evidence was clear both have suffered.

In addition to the murder sentence, Harris was given six additional years for home invasion, which he will serve consecutively because he fired the gun.

Davis, a longtime Illinois congressman called for stricter gun control measures and better investment in Chicago’s struggling neighborhoods after the killing of his grandson.