CHICAGO (SUN TIMES MEDIA WIRE) - Two men were seriously wounded in a shooting early Monday on the Dan Ryan Expressway on the South Side, police said.

Shortly after 1 a.m., a white SUV was traveling in the outbound lanes of the expressway near Garfield Boulevard when a black car pulled up and multiple people inside opened fire, according to Illinois State police.

The SUV pulled off to the shoulder and hit a concrete barrier next to the Red Line stop at Garfield, police said. The black car sped off.

Three other passengers in the SUV were not injured, police said.

A woman who showed up shortly after the shooting was heard crying, “My brother’s dead.”

Officials haven’t confirmed a fatality from the shooting.

On the shoulder of the expressway, police investigated the SUV that had crashed into a median wall. The deployed driver’s side airbag was covered with blood and a single bullet hole could be seen in the windshield.

Splattered blood was on the ground nearby.

All outbound express lanes were closed for hours Monday morning for an investigation, police said. Lanes reopened at 7:05 a.m. 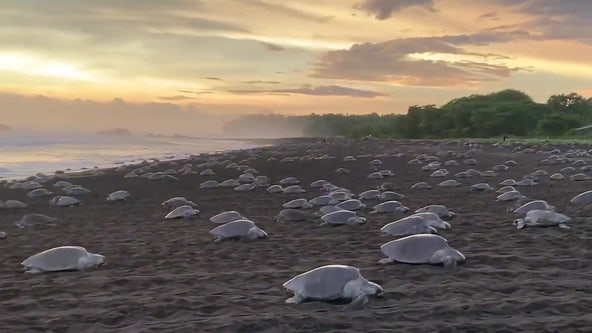