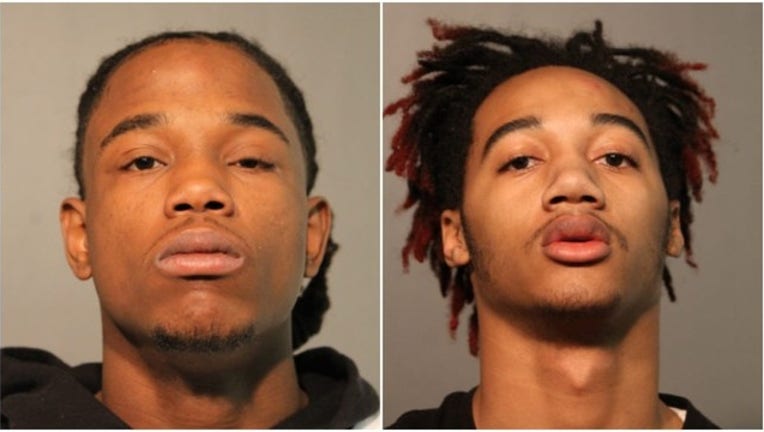 CHICAGO (SUN TIMES MEDIA WIRE) - Three people were charged with robbing a pair of armed cellphone stores at gunpoint Friday evening on the West Side.

In addition, a 20-year-old man was cited for four traffic violations in connection with the robberies, police said.

About 6 p.m. Friday,  the suspects robbed a cellphone store in the 5200 block of West North, police said. About 20 minutes later, Stovall fired a handgun into a wall and demanded money during a second robbery in the 4700 block of West North. The robbers then hopped into a waiting vehicle, making off with an undisclosed amount of cash.

A short time later, the suspects ran from the vehicle after being noticed by officers conducting surveillance in the area, police said. They were taken into custody following a brief foot chase, and officers recovered a weapon and cash at the scene.

Stovall and Ivey are being held without bond at Cook County Jail awaiting Wednesday court hearings, according to the Cook County sheriff’s office. The 16-year-old boy also appeared in bond court on Sunday, but information about his bail and next scheduled court date wasn’t immediately known.