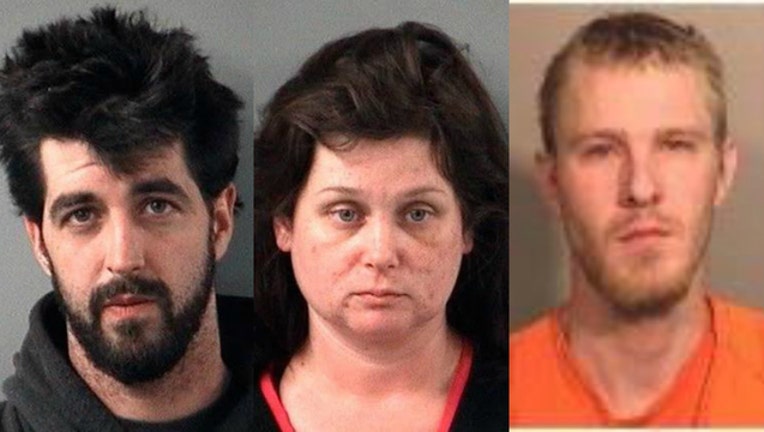 SUN-TIMES MEDIA WIRE - Three people have been charged with beating and robbing a man earlier this month, just hours after they met him in northwest suburban Crystal Lake.

The victim met 28-year-old Lawrence W. Liss of McHenry; 30-year-old Cameron J. Dreyer of Carpentersville; and 42-year-old Angel D. Albers of McHenry at a “local establishment” on the night of March 10, according to Crystal Lake police.

They gained his trust through the evening, but started to punch and kick repeatedly him about 3:55 a.m. March 11, police said.

They took the victim’s cash and other personal property before leaving the area in a vehicle, police said. Officers were called to the 400 block of Berkshire Drive at 4:05 a.m. and found the man with “significant non-life-threatening facial injuries.” He was taken to a hospital via ambulance.

Investigators eventually identified the suspects and all three were in custody by March 23, police said. They were each charged with one count of robbery, two counts of aggravated battery, and a count of mob action, all felonies.

All three were taken to the McHenry County Jail, where they remain behind bars on $50,000 bonds, police said.