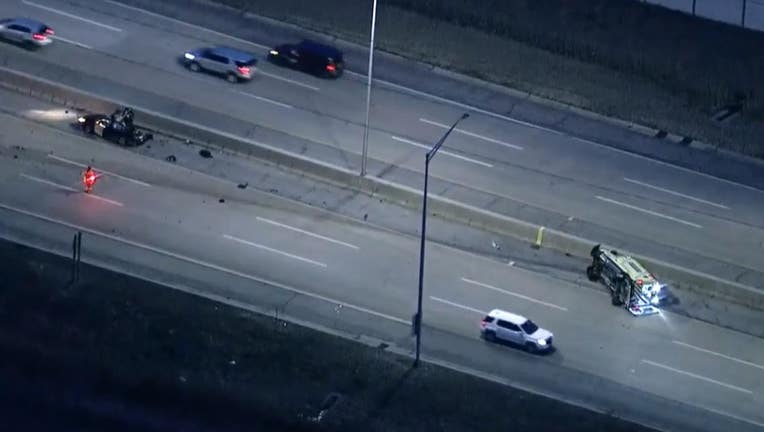 HOMER GLEN, Ill. - A person was seriously injured Tuesday morning in a crash involving an ambulance on I-355 near southwest suburban Homer Glen.

About 6 a.m., a Superior private ambulance traveling south on I-355 at milepost 4.5, near 159th Street, crossed over the right shoulder and struck a stopped Volkswagen Passat, Illinois State Police said in a statement.

The ambulance rolled over on its side and pushed the Passat across all lanes of traffic, partially ejecting the Passat’s driver, state police said.

Paramedics took the Passat’s driver to a hospital with life-threatening injuries.

The driver and passenger of the ambulance were treated for injuries that were not life-threatening, state police said. The ambulance wasn’t transporting a patient at the time of the crash.