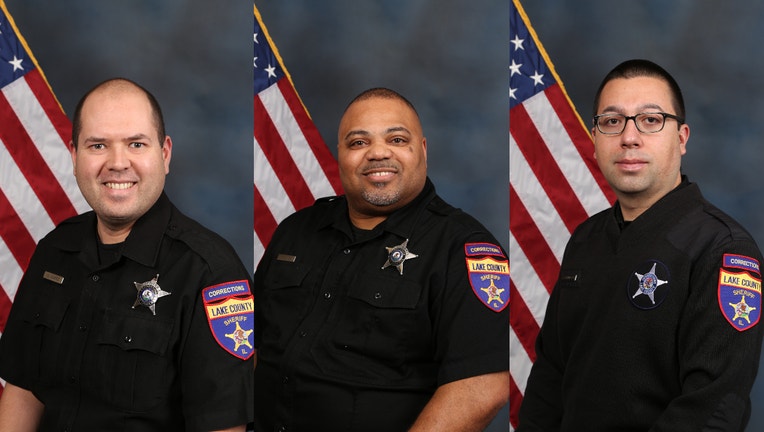 On Wednesday, June 2, Officers David Juarez and Daniel Pennington were conducting rounds in the Community Based Correctional Center when they discovered the inmate and immediately called for Naloxone to be brought to their location.

"It is always a top priority to treat those in our custody with dignity and respect," Sheriff John Idleburg said in a statement. "The quick life-saving actions by Correctional Officers Juarez, Pennington, and Gaines perfectly highlight this philosophy and I am extremely proud of them for saving the life of an inmate."

The inmate was transported to an area hospital for a medical evaluation.

The investigation revealed the inmate ingested opioids after work before returning to the Community Based Correctional Center.

The center houses the section of the jail utilized to house inmates assigned to periodic imprisonment often referred to as "work release."

Under the conditions of their sentence, inmates are allowed to leave for work, job appointments, medical appointments and other qualifying events, but must return to the Community Based Correctional Center upon the conclusion of work or their appointment.

When the inmate returned, he entered the shower where he began suffering overdose symptoms and collapsed.