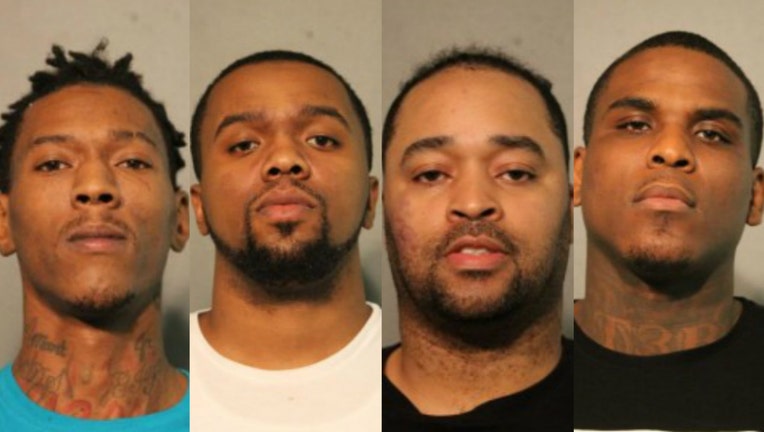 Lamont Clay, 27, was charged with a felony count of resisting and obstructing a police officer as well as a misdemeanor count of disorderly conduct, police said.

All four were arrested just after 2 a.m. Saturday, after police received a tip that there was a party of between 100 and 150 people, including dozens who were displaying multiple guns live on social media, police said.

As officers entered the building, people came streaming out, pushing and fighting the police and “discarding weapons as they fled,” police said. During the melee, the four men were taken into custody.

A search of the building found a total of 24 handguns, a semiautomatic weapon and a short barrel rifle, police said.

All four men are convicted felons and are scheduled to appear in bond court Sunday. 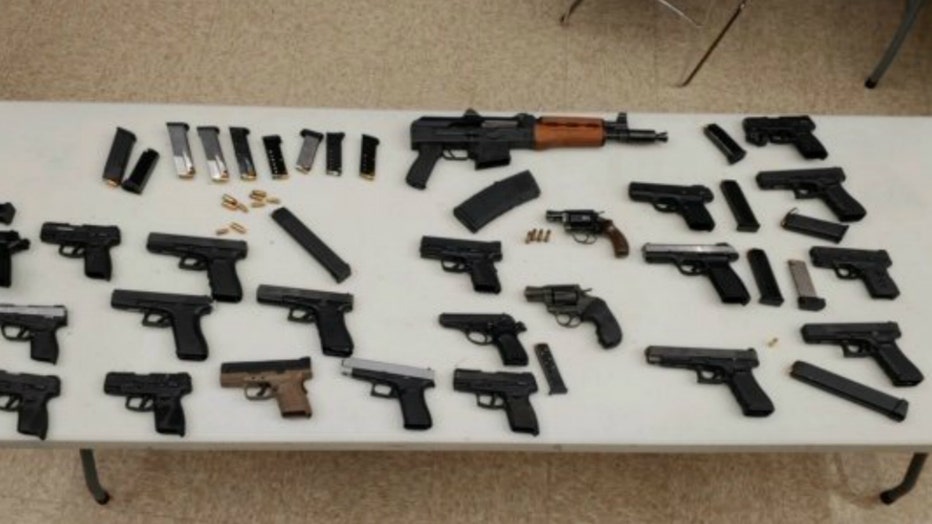