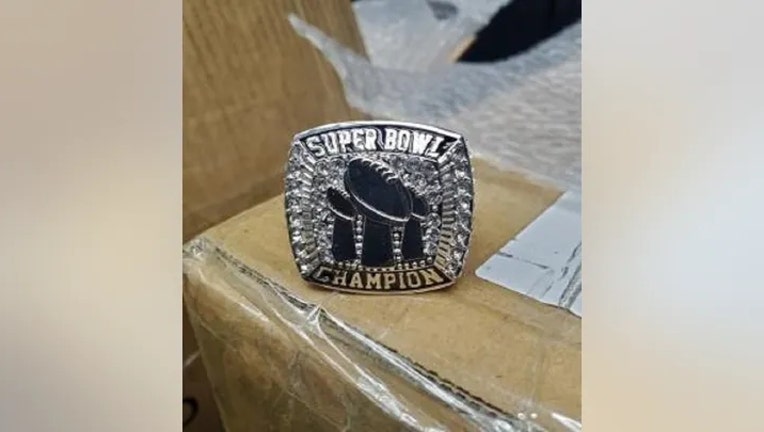 The rings were seized on Nov. 11 by U.S. Customs and Border Protection personnel in St. Louis. They each bore the image of the Vince Lombardi Trophy, which is awarded annually to each Super Bowl winner and is named after the legendary NFL coach.

"Counterfeit jewelry continues to flood the e-commerce market, and these rings were focused on a select group of sports collectors and their fans," said LaFonda Sutton-Burke, Director of CBP field operations in Chicago. "Our officers are well-trained to find counterfeit merchandise like these in support of CBP’s mission of protecting the American public and the American economy."

An import specialist determined the rings were not authentic and bore an infringing trademark owned by NFL Properties that had been recorded with CBP for border enforcement through the e-Recordation program, a CBP statement said.

"If the items were genuine, the total manufacturer’s suggested retail price (MSRP) for this shipment would have been worth $300,000," the agency said.

The rings had arrived from China and were destined for a residence in Jerseyville, Illinois.

The agency said it seized more than 375,000 items of counterfeited jewelry, worth around $550 million if they had been real, last year.

In total, CBP officers seized more than 24.7 million counterfeit products that would have been worth nearly $3 billion if authentic.