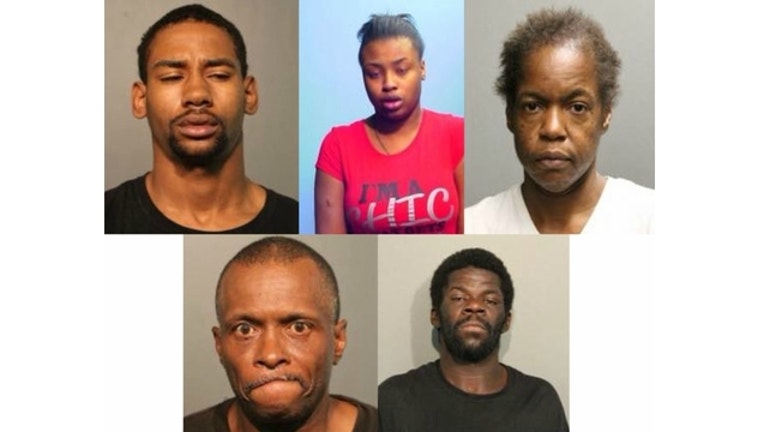 SUN-TIMES MEDIA WIRE - Five people are facing charges in a drug investigation in response to recent violence in the North Side Uptown neighborhood.

The arrests, announced in a community alert Wednesday night, were part of “a Narcotics Enforcement Mission in response to an increase in violence along Argyle,” according to Chicago Police.

The investigation “was conducted in large part due to concerns of residents about this violence and narcotics sales in the area,” police said.

All five suspects are North Side residents:

Tyron Cooper, 54, faces one felony count of manufacturing or dealing cocaine near a school, public high school or park;

Jasmine Larkin, 30, faces two felony counts of possession of an amount of a narcotic;

Patricia Turnage, 59, faces two felony counts of manufacturing or dealing cocaine near a school, public high school or park; and

All five were scheduled to appear in bond court Wednesday, and none remained in the Cook County Jail as of Thursday afternoon, according to police and Cook County sheriff’s records.

Police said that they were members of several gangs, including the Black Disciples, Gangster Disciples, Vice Lords, Black P Stones and 4 Corner Hustlers.

A triple shooting at an Uptown Starbucks earlier this month left one man dead and drew criticism from Ald. James Cappleman, who claimed the business was complicit in criminal activity.