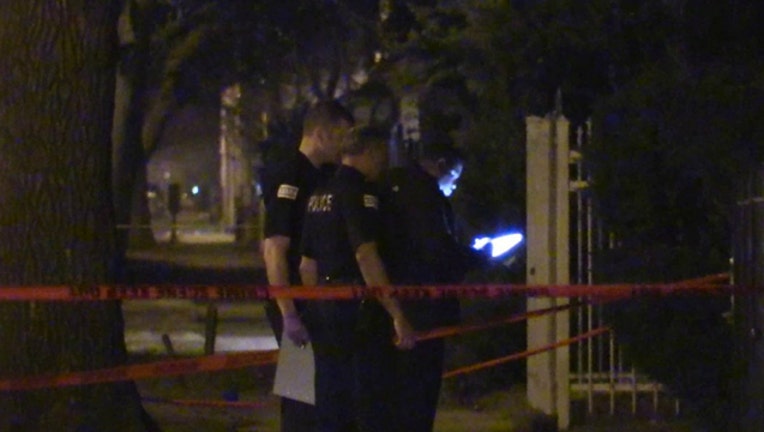 SUN-TIMES MEDIA WIRE - Seven people were killed and another six were wounded in shootings Wednesday on the South and West sides of Chicago, marking the deadliest day of gunfire across the city so far this year.

Four other days this year have seen five shooting homicides, including last Tuesday and Wednesday, according to Sun-Times data. The other killing bursts happened Feb. 5 and Jan. 21, when 25 people were shot for the highest single-day toll of gunshot victims.

The five latest fatal shootings happened in a two-hour spate of South Side gunfire Wednesday night.

Just before 9 p.m., 24-year-old Devell L. Coleman was on a sidewalk in the 9100 block of South Emerald in the Brainerd neighborhood, when someone in a dark-colored car fired shots, hitting him in the head and back, according to police and the Cook County medical examiner’s office. Coleman was taken to Christ Medical Center in Oak Lawn, where he was pronounced dead at 9:27 p.m. He lived in the same neighborhood as the shooting.

About 8:35 p.m., Jon Shupe, 31, of Calumet City, was arguing with another person in the 11400 block of South Ada in the Morgan Park neighborhood when the person shot him in the head and back, authorities said. Shupe was pronounced dead at the scene. A person of interest was being questioned in connection with the shooting.

Twenty minutes before that, officers responding to a Chatham neighborhood shooting in the 7600 block of South Champlain found  20-year-old Malik K. Bingham at the wheel of a parked car and a woman in her 20s on a sidewalk nearby, police said. Bingham, of the Morgan Park neighborhood, was shot in his neck and the woman, who was pregnant, suffered gunshot wounds to the abdomen and side. They were both taken to Stroger Hospital, where they died, police said. The woman’s name was not released Thursday.

Officers responded shortly after 7 p.m. to a call of a person shot and found 44-year-old Bobbie Jackson lying on the ground in the 900 block of East 133rd Street in the Altgeld Gardens neighborhood, authorities said. Jackson, who lived in the same neighborhood as the shooting, was pronounced dead at the scene.

About 7:30 a.m., a family member of 60-year-old Jose Correa found him on the floor of his garage in the 2700 block of South Central Park in the Little Village neighborhood on the Southwest Side, according to police and the medical examiner’s office. He had been shot in the back, neck and mouth, and was pronounced dead at Mount Sinai Hospital at 7:45 a.m.

Wednesday’s first slaying happened about 1 a.m. in the South Side Bronzeville neighborhood, where 55-year-old Willie Shaw got into an argument with someone who shot him in the leg in the 4500 block of South Cottage Grove, authorities said. The Kenwood resident was taken to Stroger, where he was pronounced dead at 1:31 a.m.

The day’s latest nonfatal shooting happened shortly after 10 p.m. in the Calumet Heights neighborhood on the South Side. A 25-year-old man was riding in a vehicle in the 9100 block of South Oglesby when he heard shots and realized he was hit in the back, police said. The driver took him to Trinity Hospital in serious condition.

About 10 p.m., a 39-year-old man was walking on the sidewalk in the 9000 block of South Greenwood in the Burnside neighborhood on the South Side, when someone in a dark-colored SUV opened fire, police said. He took himself to Trinity Hospital with gunshot wounds to the right thigh and left foot. His condition was stabilized.

About 9:15 p.m., a 29-year-old man heard gunfire and realized he was shot in the leg in the 5200 block of West Ferdinand in the West Side Austin neighborhood. He took himself to West Suburban Medical Center in Oak Park and his condition stabilized, police said.

A little before 7 p.m., a bullet grazed the head of a 16-year-old boy in the 2200 block of South Central Park in Little Village, police said. He declined medical treatment.

About 4:45 p.m. in the Ashburn neighborhood on the Southwest Side, someone flashed gang signs at a 29-year-old man who was in a vehicle in the 7900 block of South Kostner, and then shot him in the face and hand when he got out of the car, police said. His condition was stabilized at Christ Medical Center.

Wednesday’s first nonfatal shooting happened at 1:17 p.m. in Austin, where a brown Chevrolet Impala pulled up to a 21-year-old man in the 5900 block of West North Avenue and someone inside shot him in the leg, police said. He was listed in good condition at West Suburban Medical Center.