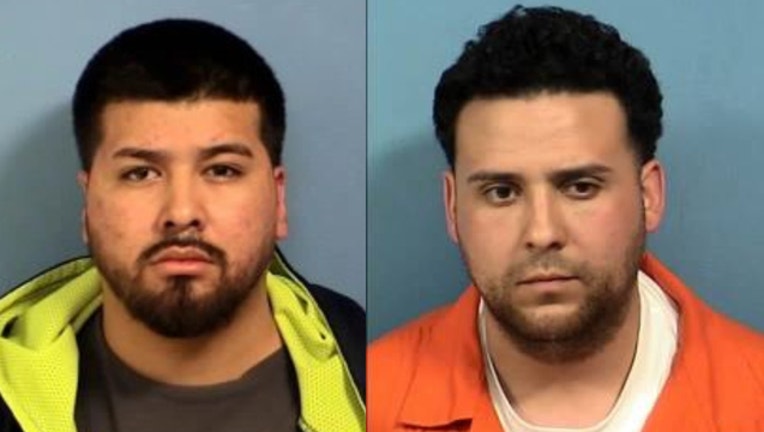 ADDISON, Ill. (SUN TIMES MEDIA WIRE) - The owner and an employee of a car dealership in west suburban Addison are facing felony charges after the DEA found heroin on their lot.

Christian Cardenas, 23, and Luis Ortiz, 24, were each charged with one count of unlawful possession of a controlled substance with intent to deliver, the DuPage County state’s attorney’s office said.

DEA agents raided Cardenas’ used car dealership Tuesday and found a kilogram of heroin inside a vehicle on the lot, the state’s attorney’s office said. After a brief foot chase, Cardenas and Ortiz, an employee of the dealership, were taken into custody.

“One kilogram of heroin is an extraordinary amount with a street value of between $200,000 and $300,000.” DuPage County State’s Attorney Robert Berlin said. “Most concerning, however, is the number of deaths that amount of heroin could cause.”

Cardenas and Ortiz are being held on $300,000 bond, the state’s attorney’s office said. If convicted, they could face between 15 and 60 years in prison.

In April, four people died in a series of 17 heroin overdoses on the West and Northwest Sides of Chicago, in what Chicago police called an “epidemic.”