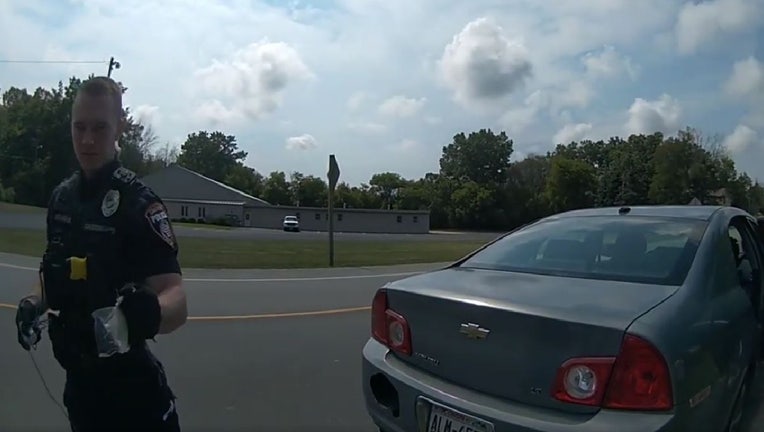 CALEDONIA, Wisconsin - Police in a small town in Wisconsin have shared bodycam video that they say proves a police officer did not try to plant drugs in a car during a traffic stop.

Video from the perspective of the people in the car, which was shared on social media, shows an officer throwing a plastic bag, or a piece of a bag, into the back of a car in the village of Caledonia on Wednesday. The headline on one post was "Cop caught in 4K planting evidence."

However, Caledonia Police Chief Christopher Botsch said on Facebook that bodycam video from the incident shows that the officers on scene had decided that the bag, which came from the car, had nothing in it and had thrown it back into the car.

"While we would discourage officers from discarding items into a citizen’s vehicle, the video is clear that the officer is NOT planting evidence or doing anything illegal. Additionally, the empty corner tear is not itself illegal," Botsch said in a statement on Facebook.

Botsch said that the only citation issued was a speeding citation to the driver.