CHICAGO - An apartment fire left 22 adults and nine children displaced Wednesday in Woodlawn on the South Side.

The blaze was reported about 6:30 a.m. at a 30-unit courtyard complex in the 6100 block of South Eberhart Avenue, according to Chicago fire officials. Crews were able to put out the blaze about an hour later.

No one was injured and a cat was rescued from the fire, officials said.

The American Red Cross has sent volunteers to help those displaced. 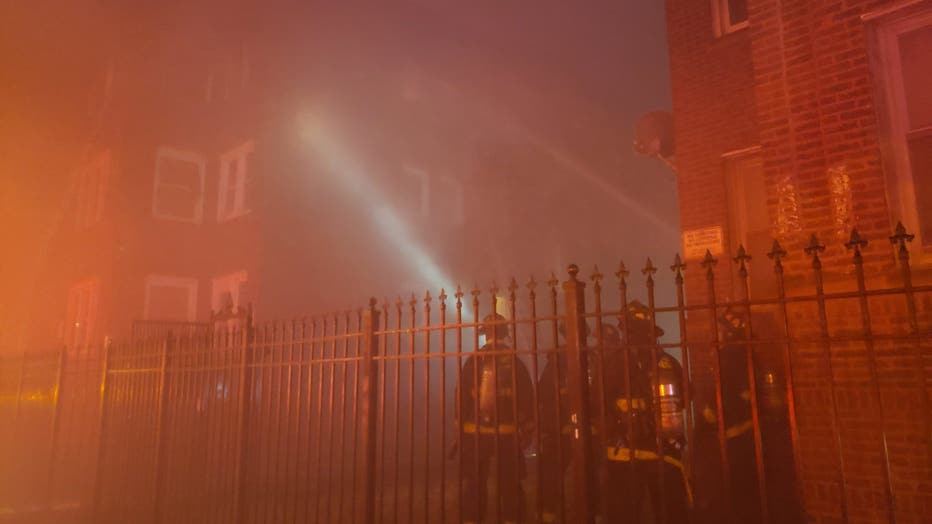 Thirty-one people were displaced in an apartment fire in the 6100 block of South Eberheart Avenue Sept. 2, 2020. | Chicago Fire Department