Police in Montgomery County are investigating a suspicious incident after they say an Apple AirTag was found on someone's car.

LOWER PROVIDENCE TOWNSHIP, Pa. - Police have issued a warning after they say an Apple AirTag alert was found on a vehicle in Lower Providence Township and a suspicious vehicle was observed outside the victim's home.

The incident happened on January 14 at approximately 8:44 p.m. when officers were dispatched to the 600 block of Barrington Road for a report of suspicious activity.

According to police, the victim said they had just returned home from the Movie Tavern when they received an iMessage on their iPhone from Apple that read, "Unknown Accessory Detected – This Item Has Been Moving With You For A While." 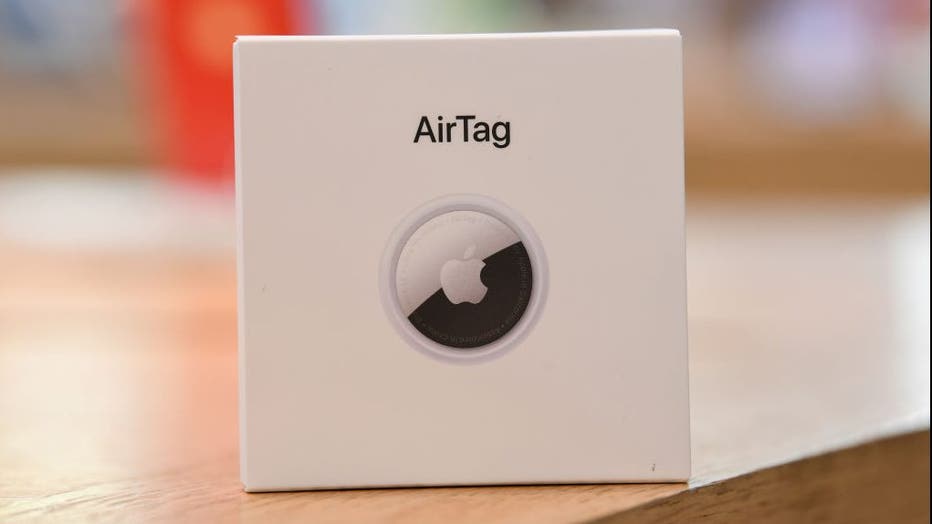 A boxed AirTag on display at the Apple Store George Street on April 30, 2021 in Sydney, Australia. Apple's latest accessory, the AirTag is a small device that helps people keep track of belongings, using Apple's Find My network to locate lost items l

When the victim went inside their home, their phone sent an additional message warning that their location was visible by the owner of the item.

"Safety Alert, Your Current Location Can Be Seen By The Owner Of This Item.  You May Be Carrying This Item, Or It Could Be Located Closely.  If This Item Is Not Familiar To You, You Can Disable It And Stop Sharing Your Location," the second notification read.

Police say the victim then looked out their front window and noticed an unfamiliar vehicle down the street. They approached the vehicle and police say the driver slowly drove away.

As the driver moved the vehicle, police say the victim received another notification that the phone that the device was driving eastbound, and then was eventually disconnected when the vehicle was out of sight.

Police have described the vehicle as an older model light gray or silver hatchback – possibly a Subaru.

Investigators say the device used on the victim's vehicle was an Apple AirTag, which is about the size of a quarter.

"Apple Air Tags are relatively inexpensive and are becoming a very popular item created for the consumer to keep track of their belongings, such as keys and wallets," Lower Providence police said in a press release." Unfortunately, criminals are starting to use this technology for several reasons such as stalking purposes or to track vehicles they want to steal."

Police added that while AirTags are "designed to discourage unwanted tracking, it can still occur."

"We urge everyone to be vigilant of their surroundings and if you get a notification like the one reported in this incident, call 9-1-1 immediately," they wrote.

Anyone with additional information on the incident is asked to contact police.