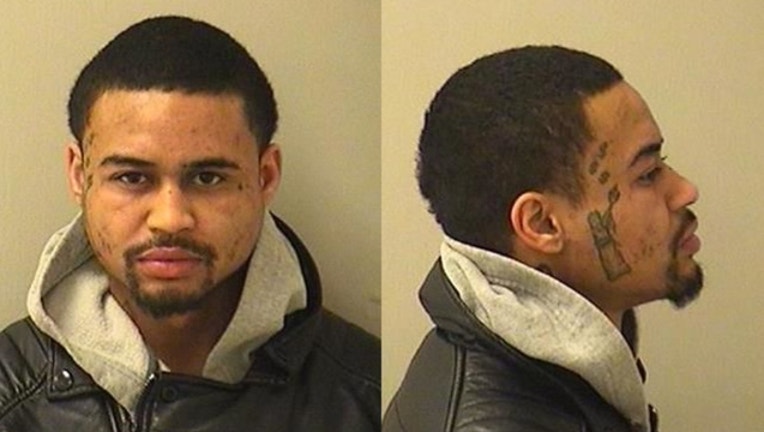 SUN TIMES MEDIA WIRE - An Aurora man was arrested after allegedly covering up a handgun and then sprinting away from officers during a traffic stop last month in the west suburb.

Kevin A. Parks, 26, faces three felony counts of aggravated unlawful use of a weapon and a misdemeanor charge of resisting arrest, according to a statement from Aurora police. He remains held at Kane County Jail in lieu of a $300,000 bail.

Parks was taken into custody after a vehicle he was in got pulled over about 10:30 p.m. Jan. 24 at an apartment complex’s parking lot in the 500 block of East Ashland Avenue, police said.

As officers talked to him and a 25-year-old Aurora man who was the driver, they noticed Parks shifting his legs to cover up an object on the floor, police said.

They ordered him to show his hands but he refused, police said. There also was an illegal open container of alcohol in the vehicle.

An officer opened the front passenger door and told Parks to get out, police said. As soon as he exited the vehicle, he started running away.

The officer was able to grab him, but Parks wriggled out of his coat and made it to the east side of the parking lot, police said. However, another officer waiting there was able to catch him.

Parks tried to fight off the officer but was eventually taken down and arrested, police said.

A semi-automatic handgun was found on the floorboard where Parks had sat, police said. The driver of the vehicle was released without charges.

Parks’ next court date is scheduled for March 7, according to Kane County inmate records.