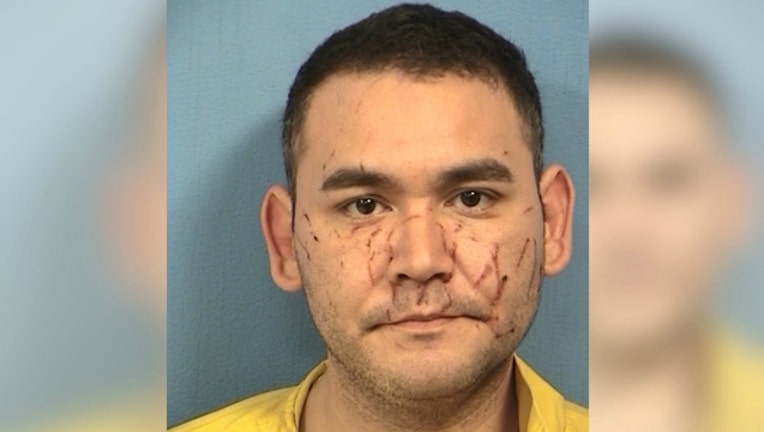 (SUN TIMES MEDIA WIRE) - A west suburban man has been sentenced to 48 years in prison for beating his his ex-girlfriend to death more than two years ago in Aurora.

Jose Loera, 38, pleaded guilty to first-degree murder Sept. 20 before Judge George Bakalis, according to the DuPage County state’s attorney’s office. He has been held at the DuPage County Jail on $5 million bond since his arrest.

On the evening of March 28, 2014, Loera went to his ex-girlfriend Heather Jacobi’s home in the 100 block of Gregory Lane in Aurora and an argument between the two turned violent, prosecutors said. Loera beat and strangled Jacobi with a scarf, then returned home.

About 1:30 a.m. March 29, police received a call requesting a well-being check at Loera’s home in the 3800 block of Gabrielle Lane in Aurora and found him unconscious, prosecutors said. He was taken to a hospital, where he was treated and released to authorities.

Judge Bakalis sentenced Loera to 48 years in prison Wednesday, according to the state’s attorney’s office. He will be required to serve 100 percent of his sentence before being eligible for parole.

“I would like to thank the Court for imposing an appropriate sentence in this very tragic case. Forty-eight years behind bars is a long time and for Mr. Loera, at thirty eight years old, a forty-eight year sentence is essentially a life sentence. Our thoughts and prayers are with Heather’s family and friends, particularly her children, as they close this horrible chapter in their lives,” DuPage County State’s Attorney Robert Berlin said in a statement.