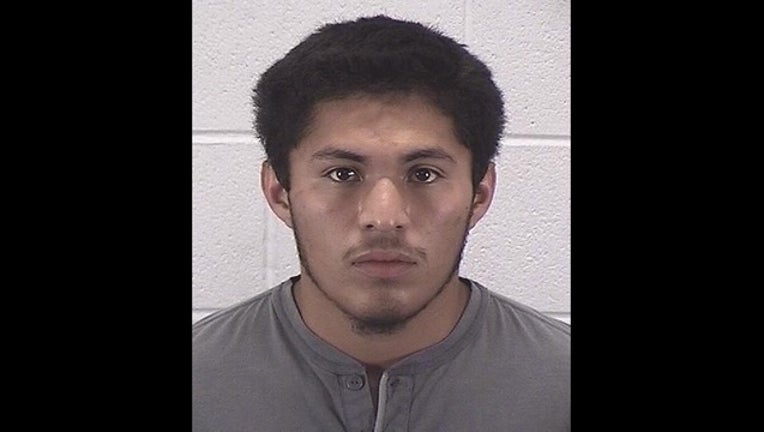 AURORA (Sun-Times Media Wire) - Aurora police are asking for the public’s help to find a man wanted for a 2014 battery and for questioning in a recent shooting.

Aaron Tolomac, 21, is wanted for questioning in a shooting that happened in an apartment about 10:40 p.m. May 3 in the 2000 block of West Illinois in Aurora, according to Aurora police. A single gunshot was fired through a ceiling in the home and no one was injured.

Tolomac is also wanted on a misdemeanor battery charge, police said. About 5:30 p.m. on July 28, 2014, he was fighting with a 25-year-old man when he hit the other man in he head with a skateboard, police said. The victim was treated for non-life-threatening injuries at an Aurora hospital.

Tolomac is described as a 5-foot-3, 160-pound Hispanic man with black hair and brown eyes. Police said he is considered armed and dangerous, and should not be approached. There is also another arrest warrant charging burglary in Kane County.