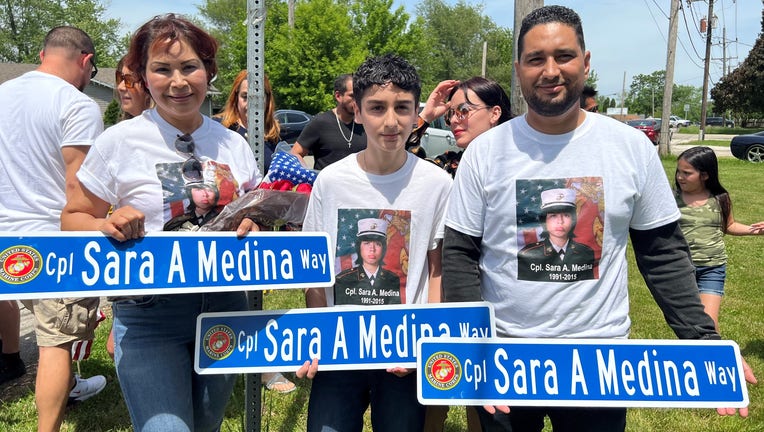 AURORA, Illinois - The city of Aurora renamed a street in honor of fallen Marine Corporal Sara Medina on Sunday.

Medina graduated from East Aurora High School in 2010 and enlisted in the Marines. She was a combat photographer and traveled with the service to South Korea, the Philippines, Japan and Australia.

She was killed in Nepal in a helicopter crash on May 12, 2015. She and other Marines were flying with two Nepali soldiers on a Joint Humanitarian Assistance Team after an earthquake. She was 23-years-old.