A prosecutor told jurors Wednesday that there is "overwhelming evidence" that former "Empire" actor Jussie Smollett staged a racist, anti-gay attack against himself in downtown Chicago for publicity, then lied to police about it.

CHICAGO - A Black Lives Matter leader said Tuesday that the movement will continue to support Jussie Smollett regardless of the outcome of his trial, which she described as a "white supremacist charade."

Melina Abdullah, a former California State University professor and police abolitionist who co-founded BLM Los Angeles, said Smollett — who is accused of faking a racist, homophobic hate crime against himself — "has been courageously present, visible, and vocal in the struggle for Black freedom."

"As abolitionists, we approach situations of injustice with love and align ourselves with our community. Because we got us," Abdullah said in a statement on the website for the BLM movement’s national arm, the Black Lives Matter Global Network Foundation.

"So let’s be clear: we love everybody in our community. It’s not about a trial or a verdict decided in a white supremacist charade, it’s about how we treat our community when corrupt systems are working to devalue their lives," said Abdullah, who is currently director of BLM Grassroots, a "Defund the Police" group.

"In an abolitionist society, this trial would not be taking place, and our communities would not have to fight and suffer to prove our worth," she continued. "Instead, we find ourselves once again being forced to put our lives and our value in the hands of judges and juries operating in a system that is designed to oppress us, while continuing to face a corrupt and violent police department who has proven time and again to have no respect for our lives."

Abdullah said members of the BLM and Defund the Police movements "can never believe police," especially the Chicago Police Department, over a Black man like Smollett.

"While policing at-large is an irredeemable institution, CPD is notorious for its long and deep history of corruption, racism, and brutality," she wrote. "Police lie and Chicago police lie especially." 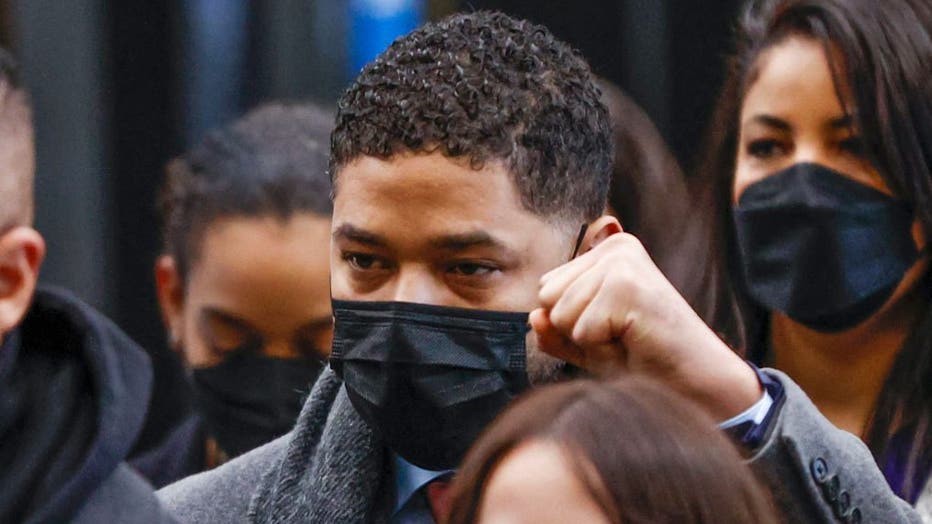 "Black Lives Matter will continue to work towards the abolition of police and every unjust system," she concluded. "We will continue to love and protect one another, and wrap our arms around those who do the work to usher in Black freedom and, by extension, freedom for everyone else."

Smollett is charged with six counts of felony disorderly conduct for lying to Chicago police by filing a false police report about the alleged hate crime attack — one count for each time he gave a report — to three different officers. The class 4 felony carries a prison sentence of up to three years, but experts have said if Smollett is convicted he likely would be placed on probation and ordered to perform community service.

The former "Empire" actor testified in his own defense on Monday, maintaining his innocence.

Closing statements are set to begin Wednesday before jurors are dismissed for deliberation.