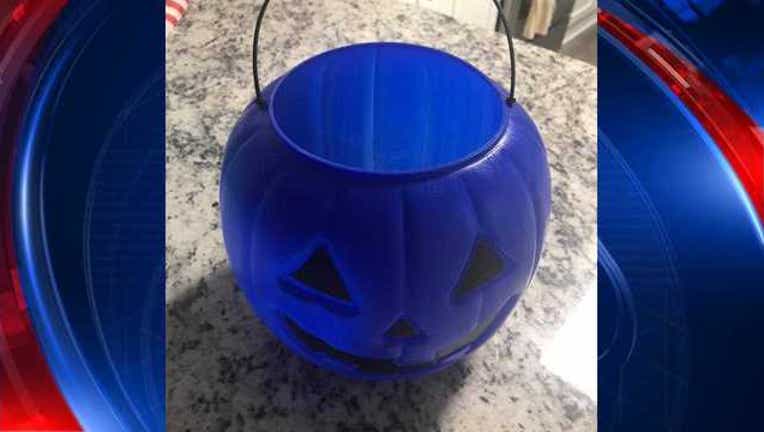 Kids all over the country will be hitting the streets to go trick-or-treating tonight, and you may see different colored candy buckets and pumpkins.

One mom took to Facebook to explain that if you see someone carrying a blue bucket, that means they have autism. Alicia Plumer says her 21-year-old son has autism and loves Halloween, and she wants people to be aware that he isn't just "too big" to trick-or-treat.

Her post has since been shared over 28,000 times. The non-profit organization Autism Speaks also shared the post in an effort to spread awareness of people with blue buckets. Blue is the signature color for autism.

We spoke to Plumer about her now viral post, and she told us that it was her co-worker who bought the bucket for her son after learning about the Teal Pumpkin Project, which promotes food allergy awareness.

"I started by posting to promote awareness on our neighborhood app because it was someone in my own neighborhood who turned him away and told him he was too old three years," said Plumer.