Human remains found in northwest Indiana on Wednesday morning were positively identified as those of a Gary mom who was reported missing over a week ago, police announced.

GARY, Ind. - Human remains found in northwest Indiana on Wednesday morning were positively identified as those of a Gary mom who was reported missing over a week ago, police announced.

The body of Ariana Taylor of Calumet Township was discovered in a shallow drainage ditch around 9 a.m., following a search by cadaver dogs, Gary police spokesman Jack Hamady told reporters Wednesday at a news conference.

Taylor’s body was found more than a mile from where her wrecked and abandoned vehicle was found on April 3, Hamady said.

The 23-year-old was last seen leaving her Merrillville, Ind., apartment complex after 1 a.m. on April 3.

A Chevrolet Traverse SUV registered in Taylor's name was found crashed later that morning in a wooded area near the I-80/94 Junction in Gary. Her blue jeans and gym shoes were found a short distance away, but her body could not be located.

Authorities confirmed a body found Wednesday morning in Northwest Indiana was that of missing Gary mom Ariana Taylor who was reported missing for over a week.

Officials did not explain why her body was found far from where her vehicle had crashed. Police said it was not possible that she had floated between the locations.

There were hugs and tears as members of Taylor’s family gathered at the scene where her body was discovered. Police say a team of police canines hit on a scent in a county park near I-65.

"And at that time one of the canine handlers observed an individual he believed to be deceased, in the water, in a ditch," said Gary Police Commander Jack Hamady. "A shallow drainage ditch."

Taylor’s mother made the identification. Police say Taylor had apparently driven off the interstate while returning home from a party in Merrillville.

"I spoke to the mother and she’s as any mother would be, suffering such a grave loss," said Gary Police Chief Brian Evans.

Taylor‘s family did not want to speak on camera, but did thank all the volunteers who helped search for Ariana over the past nine days.

An autopsy has not been completed.

Anyone with information about her whereabouts can call Detective Sergeant Mark Salazar at 219-881-1209, the Crime Tip Line at 866-CRIME-GP or 911. 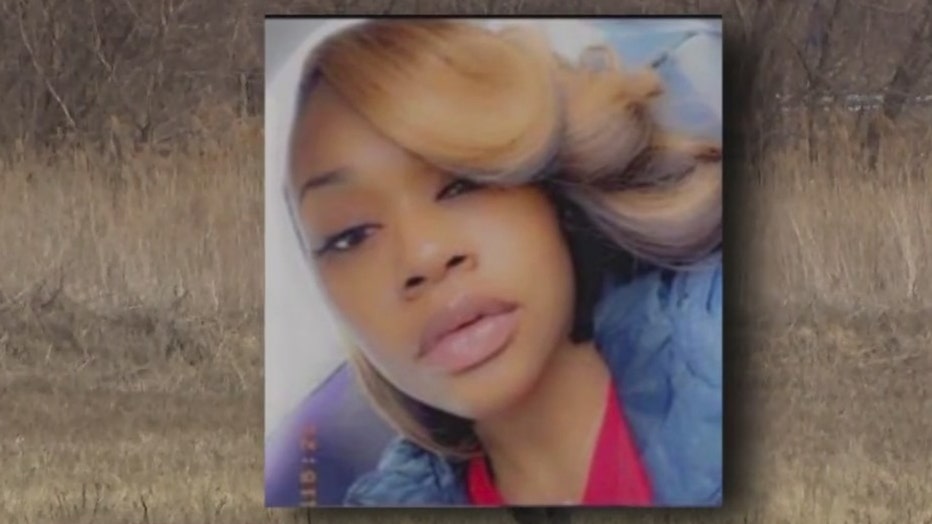 There was a false alarm on Sunday after Gary police confirmed a "body" that had been found not far from where police located Taylor's SUV was actually a "life-sized silicone/rubber type female doll."