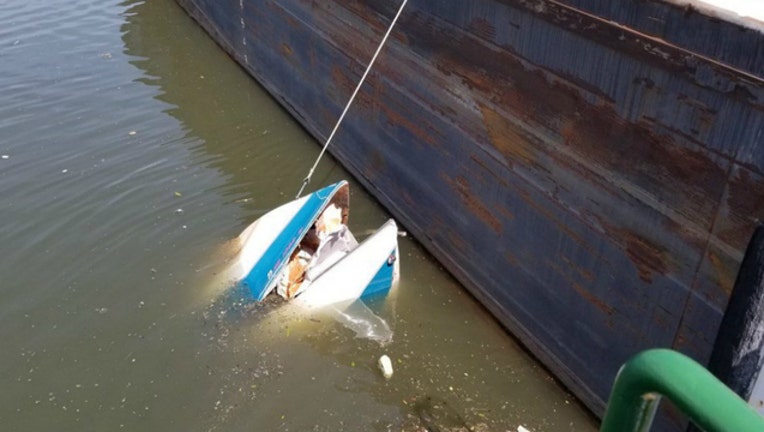 The body was found shortly after 10:30 a.m. Sunday in the Chicago Sanitary and Ship Canal near Forest View Marina, 5700 W. 41st St., according to Illinois Conservation Police Sgt. Joshua Mooi.

Mooi confirmed the body is that of the final person missing after the 26-foot recreational boat sank Wednesday near Pulaski Road, likely after crashing into a barge or bridge. Four people were aboard when it sank.

The Cook County medical examiner's office identified him as 47-year-old Joseph Dalesandro of northwest suburban Elmwood Park. An autopsy has been scheduled.

The third body was recovered about 2:15 p.m. Saturday in the same area of the canal, according to Mooi and the Chicago Fire Department. The medical examiner's office identified him as 40-year-old Raul Cezares of Brighton Park.

Another body was pulled from near that location on Friday. The medical examiner's office has identified him as 26-year-old Rick E. Daciolas of Galewood on the Northwest Side.

The first person to be recovered, 32-year-old Elmer Alexander Molina-Jimenez of Burnham, was found floating in the canal Wednesday near the Forest View Marina, about four miles downstream from where the boat was recovered, according to Illinois State Police and the medical examiner's office.

Autopsies have not ruled on the cause or manner of any of the men's deaths pending further investigation, the medical examiner's office said.