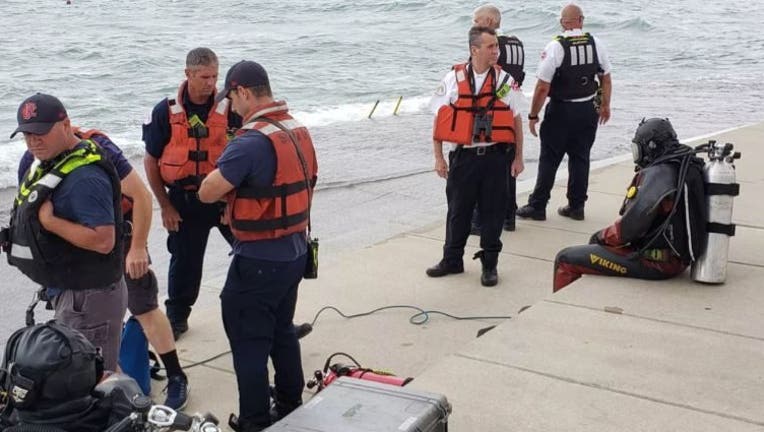 CHICAGO - A body pulled from Lake Michigan has been identified as a 15-year-old boy who fell into Diversey Harbor days earlier.

Patrick Louis Tedeski was recovered Friday, Aug. 7, from Belmont Harbor in the 3100 block of North Lake Shore Drive, according to the Cook County medical examiner’s office.

The Albany Park teen fell into Diversey Harbor earlier that week on Monday at 2601 N. Cannon Dr., according to a law enforcement source.

He was a sophomore football player at DePaul College Prep and served actively in his parish at Queen of All Saints, according to an online fundraiser page that has raised $20,000 to pay for funeral expenses.

Divers with the Chicago Fire Department began searching Diversey Harbor after he fell in about 5 p.m., but suspended their search an hour later due to hazardous conditions and large waves.

The police marine unit searched the harbor everyday after until the teen was found that Friday, police said.

The fire department initially said he was 14 years old, but the medical examiner’s office and police confirmed he was 15.

At least 29 people have downed in Lake Michigan so far in 2020, according to the Great Lake Surf Project, which tracks drownings.