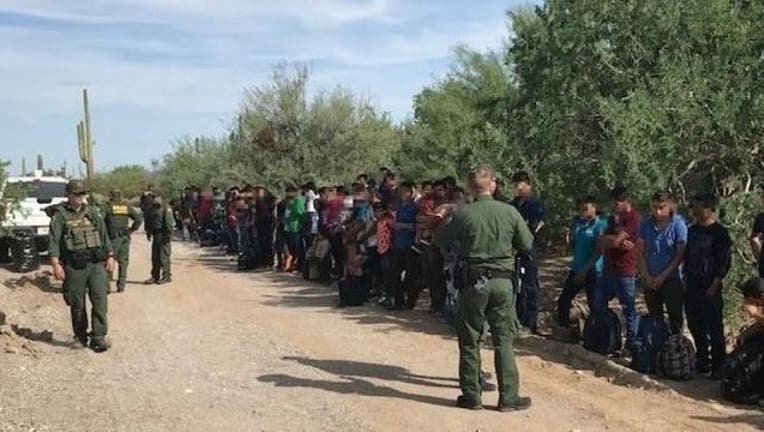 The large caravan of people was noticed near the Lukeville Port of Entry. Border Patrol officials said the illegal immigrants were “presumably brought to the border by human smugglers” who likely continued to remain in Mexico.

“Transnational criminal organizations exploit the vulnerability of foreign nationals with false promises of legal status and encourage dangerous crossing methods, placing their safety at risk,” the agency said in a statement.

The apprehended migrants were from El Salvador, Guatemala, Honduras and Mexico, meaning some of them had to cross as much as 2,500 miles before reaching the U.S.

The detainees included families, including children as young as age 4. Some also had previous immigration violations. The whole caravan is set for deportation from the U.S.

While the caravan wasn’t the largest this year, it was among the most populous in recent months. In June, a caravan of 31 parents with kids was found trying to cross the border.