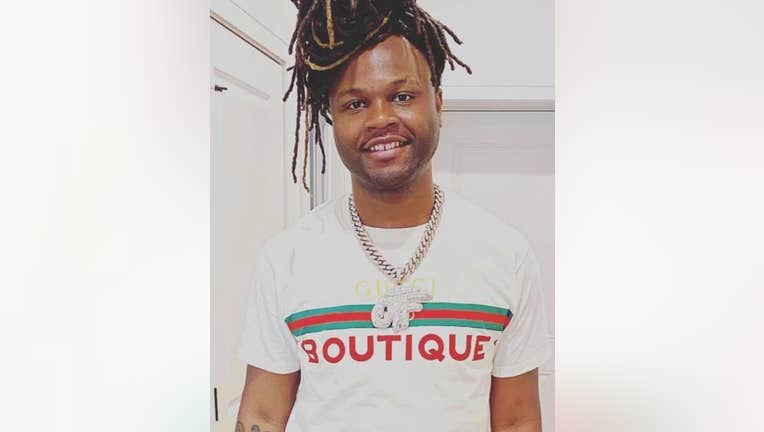 HARVEY, Ill. - The brother of Chicago rapper Lil Durk was killed over the weekend in a shooting that also wounded a police officer at a strip club in south suburban Harvey.

Police were investigating if another fatal shooting hours later was possible retaliation.

Dontay Banks, who performed as "DThang," was killed in a chaotic scene at Club O, where "multiple shots" were fired and "lots of weapons recovered" early Sunday, according to Harvey spokeswoman Giavonni Nickson.

Shortly before Banks was shot, a Harvey police officer heard gunfire and noticed a person with a gun at the club at 17038 S Halsted St., Nickson said.

About 500 feet away, 32-year-old Banks was shot in his head, Nickson said. "Among the other shots flying, Banks was caught in it," she said.

Banks, who lived in Chicago’s Gresham neighborhood, was pronounced dead at the scene, according to Nickson and the Cook County medical examiner’s office.

Around 2 a.m. that morning, another person was killed in a possible retaliation shooting, Nickson said.

Police responded to a shooting victim at 148 W. 155th St., a block west of Ingalls Memorial Hospital, Nickson said. Sinica Price, 39, was taken to South Suburban Hospital in Hazel Crest and pronounced dead with a gunshot wound, she said.

No arrests were reported in any of the shootings, Nickson said.

Lil Durk founded the record label Only The Family (OTF), and several of its members have come to violent ends.

Last year, OTF rapper King Von was shot and killed in November outside a club in Atlanta. King Von was in Atlanta for his album release party for "Welcome to O’Block," named after the notoriously violent housing project, Parkway Gardens, on the South Side where Von grew up along with Chief Keef and Lil Durk.

In 2015, Lil Durk’s manager, 24-year-old Uchenna ‘‘Chino Dolla’’ Agina, was shot and killed while sitting in a car in the 8400 block of South Stony Island Avenue.

In 2014, Banks’ cousin McArthur Swindle, who rapped as OTF NuNu, was shot and killed in Chatham. Swindle was in an SUV when someone walked up and started shooting. The SUV crashed into a storefront at 87th and Cottage Grove.

In 2012, Durk Banks pleaded guilty to a weapons charge and was sentenced to a year in prison.